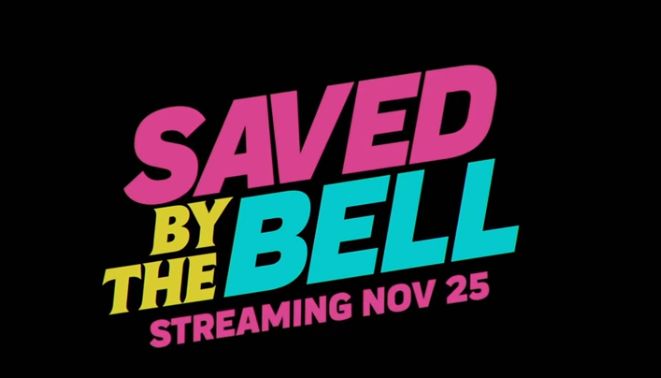 Zack, Kelly, Slater, and Jessie are back in the first official trailer for streaming network Peacock’s revival Saved by the Bell. My life has been based in part on a slightly unhealthy obsession with the gang from Bayside High. Honestly, it set my expectations for high school and life in general WAY to high, turns out mischievous tomfoolery like selling your school’s parking lot to a local auto dealer isn’t cheeky, it’s larceny. Oh, and planting subliminal messages in the hot girl’s favorite cassette tape so she’ll go to the dance with you? Pretty sure that’s some level of sex crime. What I’m trying to say is I’m a fan (and also have trouble separating reality from TV, I think), so I was absolutely psyched to find out that Peacock would be bringing the band back together, but I was also a bit apprehensive. Revisiting childhood loves is rarely fulfilling.

While we still won’t know the end result until November 25th, the trailer released today has calmed some of my worries. We’re back at Bayside High, where Slater is a coach, and it appears that Jessie has just returned to teach as well. Zach is the mayor and is still married to Kelly. Screech and Mr. Belding are MIA (Screech for obvious Dustin Diamond reasons, but I hope Belding at least makes a cameo). It’s hard to tell where the main focus of the show will be but it looks like they’re going for parallel story-lines with the OG crew on one side and a new generation of kids, including Zach’s teenage son, on the other.

The main standout is production quality, it’s almost jarring to see these characters in a setting that doesn’t look like an obvious set. I’m pretty sure most of the original set was high-end cardboard. This revival looks like a few bucks were spent. Of course, that does separate it from the original since it doesn’t feel anything like the same place. As for the cast, there’s not enough to comment on with the young bucks, but the OG crew seems to have fallen right back into their old chemistry. I’m giving 20 bonus points for including The Maxx in all it’s original glory complete with the magician/waiter/owner(?) Max serving your burgers. Last thing, it seems that, while the light-hearted feel of the original will be maintained in parts there is certainly a more topical and serious approach to some of the subject matter.

Check it out below and look for Saved by the Bell on November 25th, streaming on Peacock