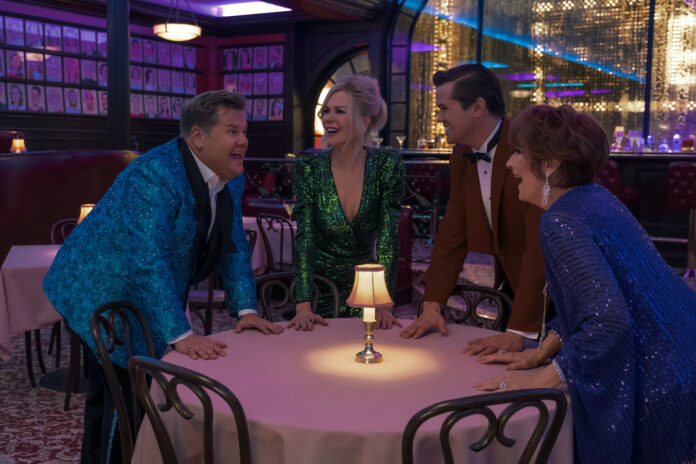 Ryan Murphy was already busy enough before his deal with Netflix came along, but now it’s like the guy just doesn’t sleep. Following The Politician, Hollywood, and Ratched, Murphy is back with his first feature for the streamer, The Prom, an adaptation of the stage musical led by Meryl Streep, James Corden, and Nicole Kidman.

Our first look at the film has arrived, and it looks like a night to remember. The film follows a group of stage stars, who have just received career-ending reviews of their latest play, who decided to resurrect their public image by supporting a high school girl who has been banned from attending prom with her girlfriend.

Netflix will debut The Prom on December 11th.

The Prom netflix pics
1 of 6