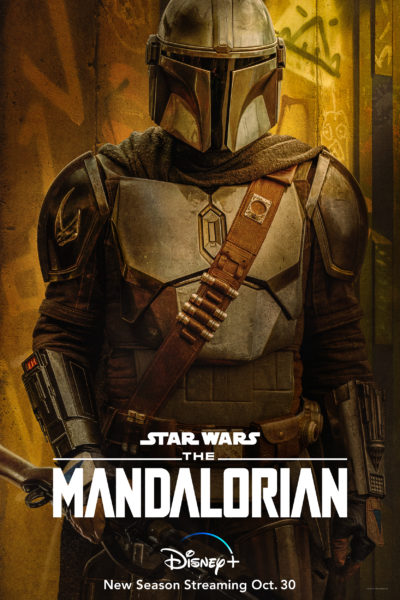 We’re about two weeks away from the new season of The Mandalorian, and Disney/Lucasfilm are keeping the anticipation up with four new character posters. While there’s nothing extra revealing about these, that they started with these particular hopefully means we’ll see another batch of the new additions, which everybody is hyped for. I’m not quite sure what to make of the art style being employed here, because it makes Baby Yoda look super creepy and like he’s going to use the Force to peer into your soul.

The images feature Pedro Pascal as The Mandalorian, The Child in his floating carrier, Gina Carano as Cara Dune, and Carl Weathers, who looks to have an expanded role, as Greef Karga, leader of the bounty hunters guild. Weathers will also direct an episode this season, along with showrunner Jon Favreau, Peyton Reed, Bryce Dallas Howard, and Robert Rodriguez.

Let’s be real, though. We really want to see Rosario Dawson as Ahsoka Tano, Sasha Banks as whoever she is, Temuera Morrison as Boba Fett, Katee Sackhoff as Bo-Katan Kryze, and more.