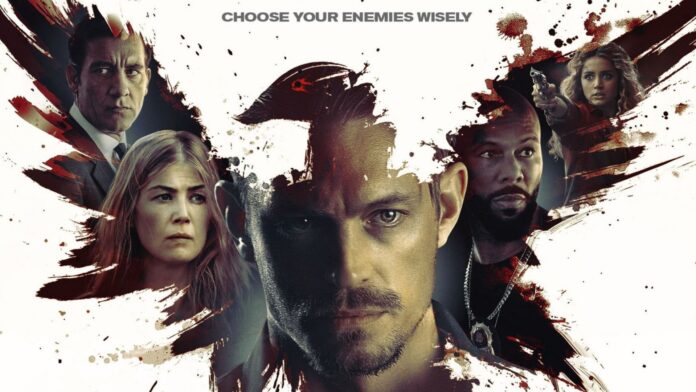 Sometimes being late is right on time. Two years ago we saw the first trailer for The Informer, a crime thriller which, at the time, saw its biggest names as Clive Owen, Rosamund Pike, and Joel Kinnaman. The film faced multiple delays as distributor Aviron went through a financial hardship, but it may have worked out for the best because a then little-known supporting actor, Ana de Armas, is now a huge star following Blade Runner 2049, Knives Out, and her upcoming role in No Time to Die.

Kinnaman leads the way as a reformed criminal and ex-soldier working undercover with the FBI to infiltrate the Polish mafia. However, when the job goes belly-up he finds himself thrust back into prison while his family on the outside are under threat. Along with Kinnaman, Owen, Pike, and de Armas the cast includes Common, Eugene Lipinski, Sam Spruell, and Arturo Castro.

Behind the camera is Andrea Di Stefano, an actor-turned-filmmaker who directed the bizarre Escobar: Paradise Lost.

The Informer arrives on VOD on November 6th.

SYNOPSIS: Pete Koslow (Joel Kinnaman) is a former special operations soldier working as an informant for the FBI to help dismantle the Polish mafia’s drug trade in New York. But when the FBI’s operation goes wrong, resulting in the death of an undercover NYPD cop, Pete is coerced into returning to Bale Hill, the prison he previously served time in for manslaughter, to take down the cartel from the inside.