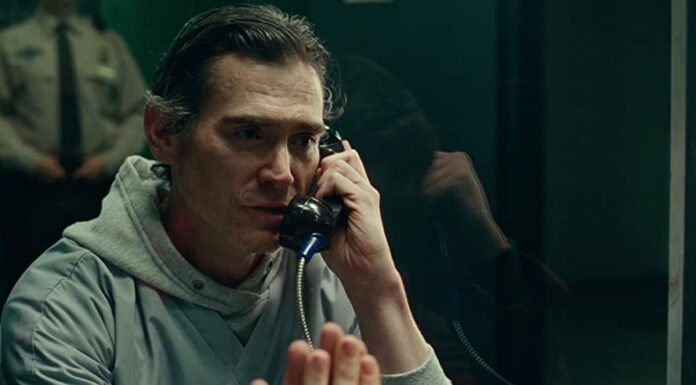 Like the Flash using the Speed Force to race through time, what was old will often come back around to be new again. It was back in 2016 when Billy Crudup was attached to play Barry Allen’s father in The Flash opposite Ezra Miller. His casting fell apart as the movie struggled to come together, but now that it’s on? Crudup is back, as well.

THR reports Crudup is back in talks to play Henry Allen, the imprisoned father of Barry Allen aka The Flash. This is a role Crudup has played once before, albeit uncredited, for one scene in 2017’s Justice League. So it makes sense to bring him back because the character is super important to the Flashpoint-esque storyline, which finds Flash going back in time to try and prevent his mother’s murder, which would also spring his Dad from jail. Of course, it all goes haywire and messes up the timestream.

Crudup join a cast that includes Michael Keaton and Ben Affleck, both back and playing different versions of Batman, which is already crazy. It’s too bad Flash’s mucking around with time travel doesn’t allow for Crudup to reprise his role as Dr. Manhattan from Watchmen, since it too fits into the DC Universe continuity now. Hmmmm….best to not speculate.

What’s interesting is the report also says Kiersey Clemons may or may not return as Iris West. Her scenes were cut from Joss Whedon’s version of Justice League but will be put back in Zack Snyder’s cut coming next year.

Directed by Andy Muschietti with a script by Christina Hodson, The Flash arrives on June 2nd 2022.