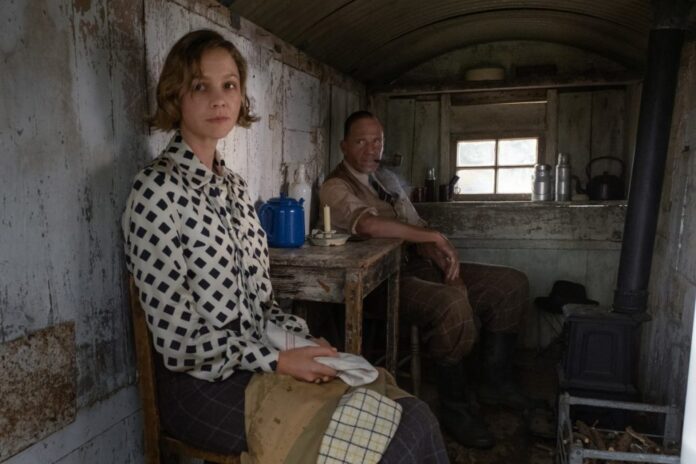 This is looking to be a very big year for Carey Mulligan, with Oscar buzz surrounding her performance in Promising Young Woman. And depending on how Netflix plays it, we could be hearing about her for another film coming up, the archaeology drama The Dig, which we’re now getting the first snapshots from.

The Dig is based on true events, and features Mulligan in the role of Edith Pretty, a widow who hired self-taught archaeologist Basil Brown to excavate some curious burial mounds on her property, thinking they contained untold riches. Her hunch proved to be right, leading to the discovery of the Sutton Hoo ship burial and other prominent artifacts.

Ralph Fiennes is seen in the images as Brown, along with Lily James as archaeologist Peggy Piggott, one of the professionals who came aboard once the discovery’s worth was assessed. Johnny Flynn, Ben Chaplin, Monica Dolan, and Ken Stott co-star.

Behind the camera is

Netflix has yet to set a date for The Dig, but the release of these images suggests a trailer and release date coming quickly.