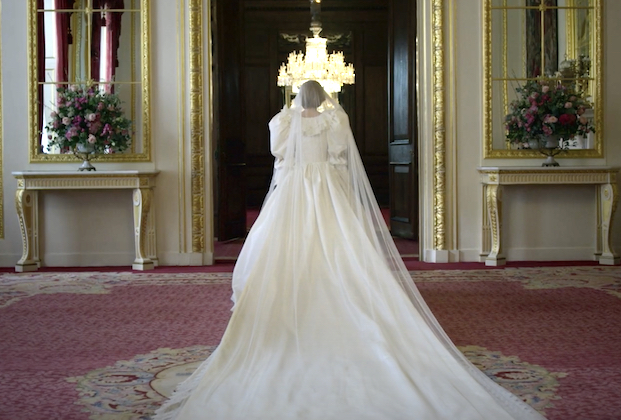 There’s a fairy tale atmosphere to the trailer for The Crown‘s fourth season, and for good reason. The Netflix series will finally introduce Princess Diana into the Royal Family, played by Emma Corrin, and as we know her arrival onto the scene was like something written out of a storybook. Of course, we know it all ends very darkly, but that is for later. For this season, at least, there’s reason to bask in her joy.

That said, it ain’t all ticker-tape parades. Also joining the cast this season is Gillian Anderson as the stern Prime Minister Margaret Thatcher, whose ominous presence is felt in this trailer, as well. This season is set between 1977 and 1990 as Queen Elizabeth (Olivia Colman) attempt to find her son Prince Charles (Josh O’Connor) a wife to ensure the family line.

Also in the cast are Tobias Menzies as Prince Philip, Helena Bonham Carter as Princess Margaret, Ben Daniels as the Earl of Snowden, Erin Doherty as Princess Anne, and Marion Bailey as Queen Mother.

As this show does every couple of years, the cast will completely change for season five with Imelda Staunton taking over as Queen Elizabeth and Elizabeth Debicki as Princess Diana. Season six is confirmed to be the last.

Created and written by Peter Morgan, The Crown returns to Netflix for season four on November 15th.

SYNOPSIS: Based on an award-winning play (“The Audience”) by showrunner Peter Morgan, this lavish, Netflix-original drama chronicles the life of Queen Elizabeth II (Claire Foy) from the 1940s to modern times. The series begins with an inside look at the early reign of the queen, who ascended the throne at age 25 after the death of her father, King George VI. As the decades pass, personal intrigues, romances, and political rivalries are revealed that played a big role in events that shaped the later years of the 20th century.