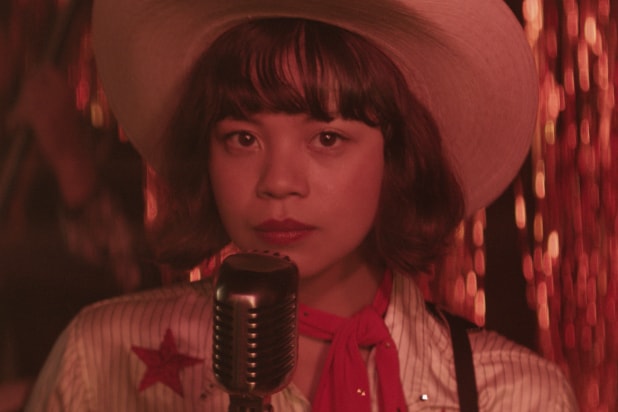 Let’s be honest – there’s nothing quite like a fun music-centered movie to uplift your spirits and make you forget about all of the other, horrible things that are going on in the world right now. One of my favorites in this genre, if not my favorite of all-time, is John Carney’s Sing Street, which brought an array of catchy, upbeat songs to the table while also telling a grounded and heartwarming story of pursuing your dreams, even when things aren’t necessarily going your way for the time being.

That’s the same kind of story that Diane Paragas’ Yellow Rose tells in its tight and well-paced ninety-four minute running time. But it’s not something that bothered me. Yes, it does follow a tried-and-true formula and it would have been nice to have gotten a little bit more originality in the mix every once in a while, but this is nevertheless an uplifting movie that is sure to put a smile on your face by the time the end credits roll.

In the film, we follow a Filipina teenager named Rose Garcia that has wanted to leave her town in Texas and pursue her dream of becoming a successful country music artist for as long as she can remember. Along the way, she will have to learn what it takes to become successful and must go on a journey of self-discovery.

A large reason as to why the film works as well as it does is due to the lead performance by Eva Noblezada, who makes her feature film debut. If you go into the movie not knowing that just like me, you’ll more than likely be shocked to learn that. In every scene, she brings a sense of warmth and charisma and feels in total control the entire time. She has done a couple of television roles in the past, none of which I’ve seen, but I’m sure she’s great in all of them. Here’s hoping she gets more great projects in the future.

The rest of the cast is wonderful in their respective roles as well. Together, these actors form a strong cast that often feels a little bit better than the movie itself, but that’s just because it can be a bit familiar. The first act plays out like you would expect it to. The lead character encounters plenty of bumps along the road but finally starts to get on the right track. Sometimes, the script feels a little bit generic, but other times, it feels delightful and strong.

And since this is a music-centered movie, you would hope that the songs that are played throughout are good and well-written, and I can assure you that they are. I’m not really the biggest fan of country music, but I admit that the vast majority of the music in Yellow Rose put a smile on my face and made me want to tap my toes. All of the vocals sound superb and the writing is excellent.

All in all, Yellow Rose is a hugely enjoyable movie filled with plenty of catchy and well-written songs to cheer you up. It does a great job of handling its emotional beats and boasts a great lead performance, even if the film can feel a bit too familiar.