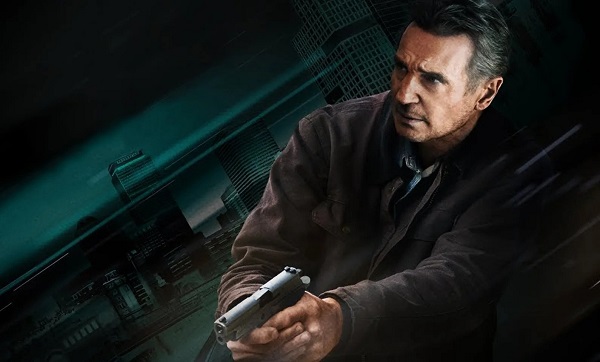 Since starring in 2008’s Taken, Liam Neeson pretty much reinvented the action genre by starring in what comedian W Kamau Bell has coined “Old Man Action” films. Since then he’s fought pretty much everybody: terrorists, wolves, gods, hell, Even Batman. While not every movie he’s in can be as good as the movie that put him on top, he usually entertains as he’s kicking ass. Lately, the formula has gotten a little stale as there are only so many quick edits one can take in a film. However, Honest Thief is a reminder of Neeson in his badass glory as he is back in rare form.

Tom Carter (Neeson) is the “In-and-Out Bandit,” a thief who robs small banks with meticulous planning and execution for a decade and has amassed himself a small fortune in the amount of 9 million dollars. He never hurts anyone through his robberies, and usually does it when the banks closed on the weekend (just go with it). His life takes a turn when he goes to a storage facility to stash his cash and meets the manager of the storage place Annie (Kate Walsh). As the two become interested in each other and start falling in love, Tom realizes that he no longer needs this life of crime (he doesn’t even spend the money he steals, it’s more for the rush of it) and wants to settle with Annie.

Not wanting to continue to lie to the woman he loves, Tom decides the best thing to do is to confess to the FBI that he is the In-and-Out Bandit, turn in the money, and negotiate a reduced prison sentence for a minimum-security prison with visitation rights. At first FBI agents, Sam Baker (Robert Patrick) and Tom Meyers (Jeffrey Donovan) don’t believe he is in fact who he says he is. After all, there have been dozens of people “confessing” to be the In-and-Out Bandit. As a result, they pass the case along to agents John Nivens (Jai Courtney) and Ramon Hall (Anthony Ramos) to meet with him and investigate if he’s the real McCoy. At first, the Jr agents also don’t believe he the famous robber, but when they see the cash in hand, they start having grander, more corrupt ideas for themselves and decide to rob Tom of his cash, but their plan quickly gets out of hand as they are forced to kill agent Baker and frame Tom. And they also pissed off Liam Neeson!!

So begins a tight cat and mouse game as the agents try to not only find Tom (and steal the remaining money from him) who is now royally pissed at them and doing his best rendition of Bryan Mills once again, but they also have Agent Baker’s partner Agent Myers in the mix as well. Myers ready for justice against Tom, who the corrupt agents framed, but soon starts to realize there is more to this story than what’s on the surface. There’s plenty of car chases, shootouts, and fun fisticuffs to last the sleek 90 minutes for this action-adventure.

Now is this as good as Taken? Unfortunately, not. But that doesn’t mean that Honest Thief is down there with some of the latter Old Man Action duds that Neeson has done. In fact, it’s the opposite. Honest Thief is a fun return to form for old-school Neeson action. Director Mark Williams knows that Neeson is no longer a spring chicken and filming extensive cut together footage no longer looks exciting, but instead knows how to play to Neeson’s strengths. His menace, quick fights, and fun car chases work better for the start at this stage in his career. Neeson also seems to be having fun underneath his scowl in this film as well and isn’t phoning it in as well. The plot isn’t overly complex, but Honest Thief also doesn’t have any fat on it, and once the action starts, it rarely lets up.

While this is a Liam Neeson show, the supporting characters do a great job. For the longest time, I’ve screamed aloud, “why is Hollywood trying to make Jai Courtney a thing?” This is probably his best performance since appearing on Starz’ first season of Spartacus as he plays a corrupt FBI agent who is sinking himself deeper and deeper in a hole of his own hubris. While Courtney is fun as Boomerang in Suicide Squad and its upcoming sequel, he needs to play down and out villains, as he actually was convincing in Honest Thief. Anthony Ramos also does great as the corrupt FBI agent with a conscience. He just needs one big film to finally blow up the way he needs to (looking at you In The Heights). Jeffery Donovan also is fine in this film and reminds you of how awesome he was on Burn Notice, but the whole divorce angle for his character wasn’t needed. Kate Walsh also does a good job with what she was given as Tom’s love interest and the reason he wanted to retire completely from crime. Her role isn’t as juicy and fun as The Handler in Umbrella Academy, but she and Neeson actually had some great chemistry.

If you are a fan of Neeson’s previous work, Honest Thief is a return to form as Liam can pretty much do it in his sleep at this point, but he goes the extra step in his latest film to remind you just how much of an awesome badass he is.