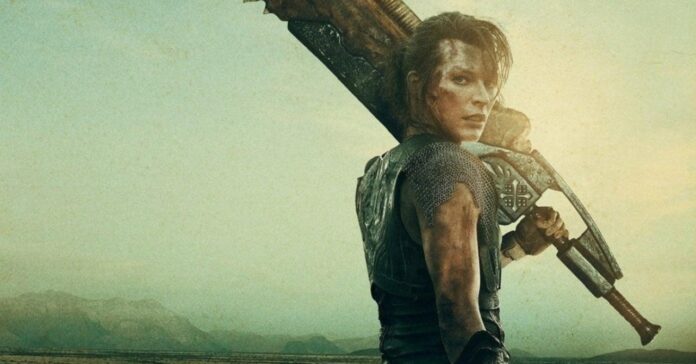 The trailer is here for Monster Hunter, the adaptation for the popular game that we first told you about years ago. Milla Jovovich teams back up with husband Paul W.S. Anderson to bring us another video game adaptation, which sounds like the start of a negative statement on the film but I have to be honest, my gut is telling me otherwise. Will this be a groundbreaking and award winning action film? No, but it’s going to be fun, here’s why.

First, the CGI actually looks really good. One thing you see all of the time in these mid-budget action-adventures is crappy, plastic looking CGI I’ve found this to be a sure-sign of a bad movie. Second, the cast, love her or not Milla has become THE #1 female action star, possibly of all time and the Resident Evil movies were, for the most part alot of fun. Now take her and add in a supporting case including Tony Jaa and Tip “T.I.” Harris (hate me, I always love this guy’s performances) and what you have is the top-tier of mid-budget action extravaganzas. The only downside to this trailer is a sinking feeling I have about it showing WAY too much of the plot, I’d bet money that one of the scenes in this trailer is the sequel setup scene that will play at the end. Hollywood….stop doing this!

Don’t take my word for it, check out the trailer below and let me know if I’m crazy in the comments.

Monster Hunter is slated to hit theaters this December 30th.

Official Synopsis:
Behind our world, there is another: a world of dangerous and powerful monsters that rule their domain with deadly ferocity. When an unexpected sandstorm transports Captain Artemis (Milla Jovovich) and her unit (TI Harris, Meagan Good, Diego Boneta) to a new world, the soldiers are shocked to discover that this hostile and unknown environment is home to enormous and terrifying monsters immune to their firepower. In their desperate battle for survival, the unit encounters the mysterious Hunter (Tony Jaa), whose unique skills allow him to stay one step ahead of the powerful creatures. As Artemis and Hunter slowly build trust, she discovers that he is part of a team led by the Admiral (Ron Perlman). Facing a danger so great it could threaten to destroy their world, the brave warriors combine their unique abilities to band together for the ultimate showdown. Based on the global video game series phenomenon MONSTER HUNTER.