Home News Marvel Mahershala Ali On Why He Was Drawn To ‘Blade’, Says Marvel Was...
Facebook
Twitter 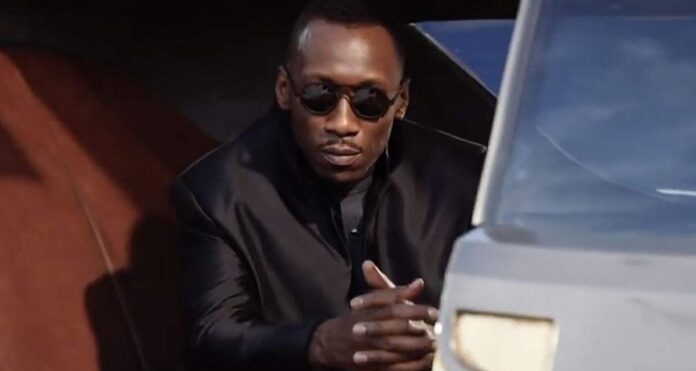 The casting of Oscar Isaac as Moon Knight has people once again thinking about another of Marvel’s dark avengers of the night; Blade. Mahershala Ali was named to star in an upcoming Blade film that would be part of Phase 4 or 5, but very little has been heard about it since. If the pace seems slow now, it’s nothing compared to what the Oscar-winner says was a long process to be a reality, and it wouldn’t have happened if it weren’t for his stint on Luke Cage…

“I did this Marvel show for Netflix called ‘Luke Cage,’ right?” Ali told The Tight Rope podcast. “So, in doing that show, the day it premiered I had turned to my agent and I had said, ‘What are they doing with “Blade?”’ Because I kept hearing that they were trying to find a way to remake it and put it back together, and it was exciting for me to get to be in that Marvel space in TV, but for me, my goal had always been film.”

Remember, Ali was the best damn thing about that first season of Luke Cage. His performance as Cottonmouth was so good he outshined everybody else, including star Mike Colter.

Ali continued, “So, there was this long process of them speaking about, at least in the television division, really wanted to make it a TV show again, but not necessarily, trying to acquire the rights still, and some thing’s kinda going on, so it took a couple of years…”

What is this Blade TV series Ali is talking about? Well…they tried it already once before. Spike was home to a Blade series that starred Onyx rapper Sticky Fingaz as the vampire hunter. It was written by David Goyer, who wrote all three of the Wesley Snipes movies, and took place after the events of Blade: Trinity.

I quite liked the one season of Blade that we got, even if nobody else did. Damn you Spike and your cheap asses.

There have been rumors of a new Blade film for years, long before the A-list actor he is now. And it was those reports that convinced Ali to make his interest known, that and his immense respect for Snipes…

“For me, I just felt like since they were having conversations about bringing it back into being, I just wanted to be considered for it because I had definitely a connection, at least in my mind, to Wesley Snipes going way back to high school when people used to joke and say we looked alike, and all this stuff.”

“So, I just brought it up as someone who wanted to, I really wanted to take on that role, and tackle that. Also…I love that it’s darker, that’s all in terms of tone, he’s a little bit darker than some of the other ones, and so that element was attractive to me.”

We are still a very long ways off before we see Blade on the big screen, which means there’s still time to sign Snipes to the Whistler role. Make it happen. The good news is Marvel plans to have a black writing team in place, so we should see this be about more than staking vampires, but issues of race, as well.