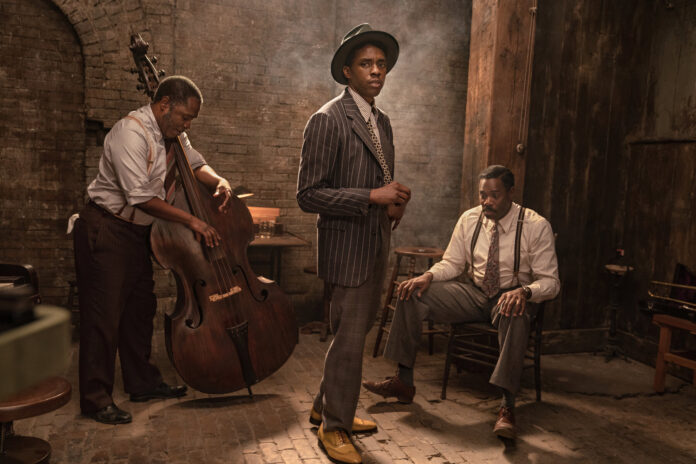 Barely a month has passed since the untimely passing of Chadwick Boseman, and stories continue to emerge about the heroic figure he was in life. With so much left that we’ll never get to see from Boseman, his final movie role is coming up in Netflix‘s adaptation of Ma Rainey’s Black Bottom, and the first images have arrived for the blues era drama.

The newly-released images feature Boseman as Levee, an ambitious blues trumpeter in 1920s Chicago, who squares off against Viola Davis as the legendary “Mother of the Blues” Ma Rainey during a heated recording session. The film is based on August Wilson’s play, and co-stars Glynn Turman, Michael Potts, and Colman Domingo. It was the second in Wilson’s “Pittsburgh Cycle” of plays on different aspects of black life in different decades, and the only one not set there.