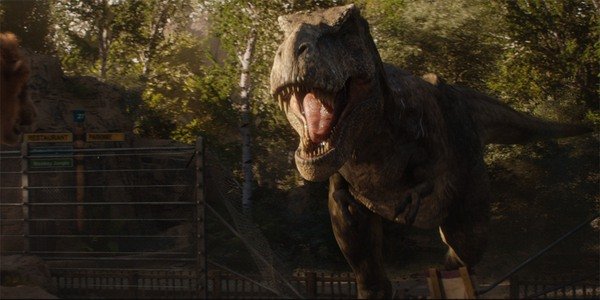 That’s right. Jurassic World: Dominion is the latest big studio blockbuster to get pushed far off of its original release date. Originally set to open July 2021, the film was one of the first major productions impacted by the pandemic, and among the first to resume shooting under new safety protocols. That didn’t prevent an outbreak that temporarily halted filming just weeks later. Director Colin Trevorrow has yet to complete filming on it, but is only a few weeks away.

Jurassic World: Dominion has been a money-earning machine for Universal with the two previous films combining for nearly $3 billion worldwide. When taken in total with the earlier Jurassic Park movies, the franchise has made over $5 billion. This film will unite the new and older casts of Chris Pratt, Bryce Dallas Howard, Laura Dern, Sam Neill, and Jeff Goldblum.

This sucks, but it makes sense from Universal’s perspective. With No Time to Die, Minions 2, and F9 all arriving next year they can afford to keep Jurassic World locked up in its cage for a while longer.