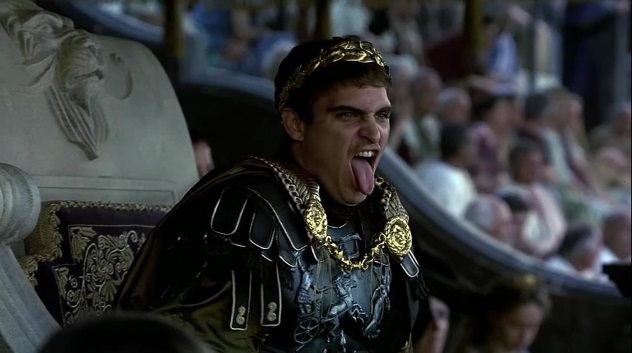 It’s tough to fathom that twenty years ago Joaquin Phoenix earned his first Oscar nomination, playing the power-crazed ruler Commodus in Ridley Scott’s Gladiator.  Now, a year after winning his first Oscar for Joker, Phoenix is reuniting with Scott once more to play another fearsome real-life emperor, Napoleon Bonaparte.

Deadline reports Joaquin Phoenix will star in Kitbag, Ridley Scott’s film about Napoleon and his ruthless rise to power through the French military and ultimately as emperor. David Scarpa, who penned Scott’s crime drama All the Money in the World, is on the screenplay. The film will be seen through the lens of his wife and one true love, Josephine, with whom he had a volatile relationship.

It could be a long time before Kitbag gets rolling. Scott has only just wrapped shooting on The Last Duel, which stars Matt Damon, Ben Affleck, and Adam Driver. Once that is finished he’ll move on to his Gucci drama led by Lady Gaga and Robert De Niro.