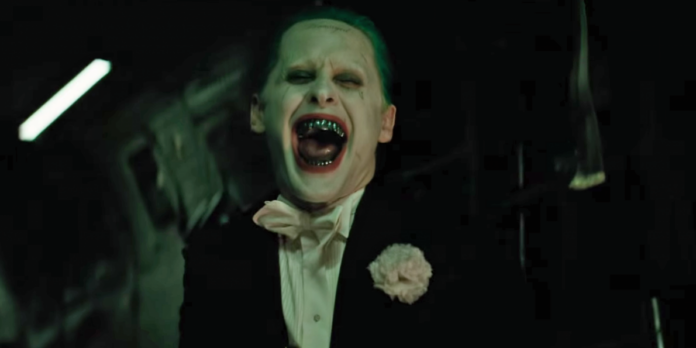 You might hate Jared Leto’s Joker from Suicide Squad, but you know what? Zack Snyder digs him, and is including the Clown Prince of Crime in his new cut of Justice League.

This is pretty shocking, to say the least. Leto’s version of Joker will appear in Zack Snyder’s Justice League, which is coming to HBO Max next year. While surprising, this does feel like Snyder pulling together elements of the DCEU as he knew it. Ben Affleck’s Batman made a cameo in Suicide Squad, specifically to apprehend Joker, so maybe that’s what we’ll be seeing more of?  Furthermore, Affleck is reprising his role as Batman opposite Ezra Miller in The Flash.

THR confirms Leto, Affleck, Amber Heard, and Ray Fisher are involved in Snyder’s reshoots but it’s unclear if any other major players will participate. Two people who won’t be receiving any credit are producers Geoff Johns and Jon Berg, the embattled duo have taken their names off of Snyder’s film, and that should make Fisher feel a lot better.

Leto, who won’t have any part in James Gunn’s The Suicide Squad, and had no role in Birds of Prey earlier this year, was met with criticism for his portrayal of Joker. He was always going to be held up against Heath Ledger and the role wasn’t designed for that. Leto took a lot of the heat for the film’s critical drubbing, when the fault should’ve been aimed elsewhere. I’m curious to see how Snyder uses him now, but the feeling I’m getting overall is that the old DCEU is far from dead. It’s slowly being brought back and I don’t know how to feel about that.