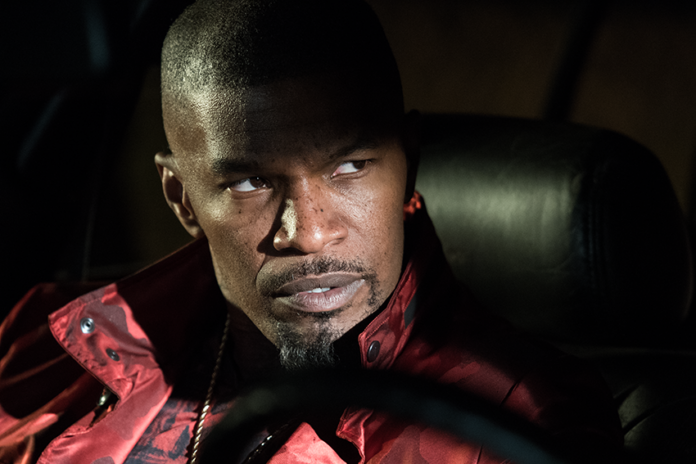 Netflix is staying in the Jamie Foxx business, and who can blame them? Foxx’s most recent film, the super-powered crime flick Project Power drew big viewership, adding to Netflix’s summer of blockbusters. And now he’s lined up another that sounds like the Blade movie many have thought he’d be perfect for.

Deadline reports that Foxx will exec-produce and star in Day Shift, about the father to an 8-year-girl whose gig as a pool cleaner is a front for his real source of income which is killing vampires.

The script was written by newcomer Tyler Tice, whose screenplay was noticed when he won the Slamdance Writing Competition Grand Prize.The most recent draft is by John Wick: Chapter 3 writer Shay Hatten.  Think he’ll add some slick Wick-style fight scenes? You betcha.  JJ Perry will make his feature directorial debut, having done second-unit and stunt coordination on the Fast & Furious and John Wick films.

This might be the busiest time of Foxx’s career. Of course, everybody’s talking about his return as Electro in Spider-Man 3. He’s also got another Netflix film, They Cloned Tyrone, a forever-developing Mike Tyson biopic, and Pixar’s Soul which opens on Christmas. I also expect that at Project Power sequel will happen at some point.