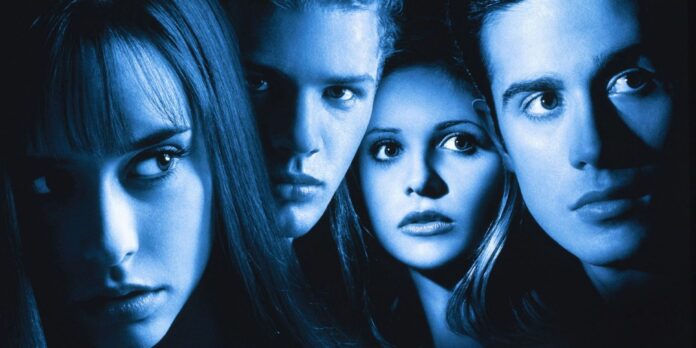 The 90s were a golden time for teen slasher movies, and while Scream has stayed alive with multiple sequels, TV shows, and an upcoming reboot, another franchise from the era is set to make a comeback of its own. I Know What You Did Last Summer has been revived by Amazon as a TV series, and EW now reports it is officially moving forward with a brand new writer.

Horror maestro James Wan has been on board to produce I Know What You Did Last Summer, along with Neal Moritz who produced the original movie. Sara Goodman, a writer on Gossip Girl and Preacher, takes over from Shay Hatten (John Wick 3) who was first on board.

I Know What You Did Last Summer opened in 1997 and featured a cast of hot, young stars including Jennifer Love Hewitt (peak Hewitt!!), Ryan Phillippe, Freddie Prinze Jr., and Sarah Michelle Gellar. They played friends who accidentally run over a guy while driving around at night. Rather than reporting it to the police, they dump his body into the ocean and swear a vow never to speak of it. A year later, they are stalked by a hook-wielding slasher who claims to know what they did. The film sparked two more sequels, the latest in 2006 that went straight-to-DVD but it probably should’ve gone straight-to-wastebin.

Back in 2014, Sony was seeking ways to relaunch the franchise as a movie, and hired Mike Flanagan, the guy behind Oculus, Doctor Sleep, The Haunting of Hill House, and other horror hits, to be its director. While we never saw his version then, I’m curious if he could be brought back to spearhead it as a series?

I’m fully expecting some of the original cast to come back, too. At the very least they gotta bring J.L.H. in so she can do an updated version of her unforgettable “What are you waiting for!?!?” moment.