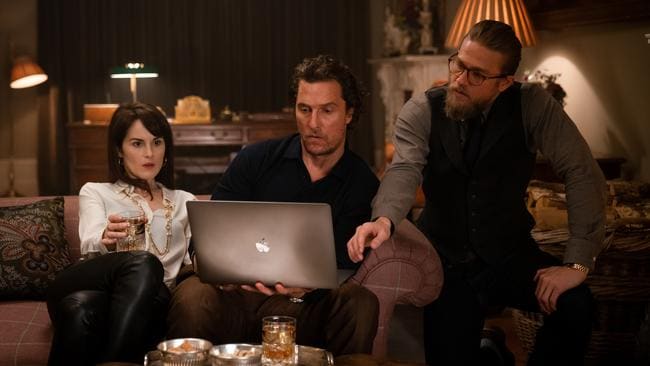 That title is not a misprint, and yes Guy Ritchie did release a film version of The Gentlemen earlier this year (one of the few box office successes of 2020 as it ended up), but it looks like, thanks to a deal with Miramax, Ritchie isn’t quite done with Mickey Parsons and his gang of merry men. Really, I guess you could say that Ritchie is just finishing what he wanted to do in the first place as the film, which follows the events surrounding pot kingpin Mickey Parsons announcement of retirement, was originally pitched as a TV series before becoming a feature. Having seen (and loved) the movie I can tell you two things. First, the story and script are classic Ritchie and if he’s moving into TV fans of his will reap the benefits of an extended stay in his world.

Second, the film could have absolutely functioned as the first season of a TV show, complete with episode book-ends in the chats between Hugh Grant’s Fletcher and Charlie Hunnam’s Ray. Of course, having the same amazing cast sign-on for a series version is highly unlikely but with the continued transition to series as the predominant form of storytelling and Ritchie onboard to write and direct we can hold out hope that at least some of that amazing talent pool wants to come back and play. [Deadline]

I actually wrote #TheGentlemen as a TV series but I was persuaded to make it as a film instead. Rather pleased that it’s going to be a premium series now. pic.twitter.com/59dis0oFhJ

Netflix Gets Punny With The Release Date for ‘Pacific Rim: The Black’ In New Teaser