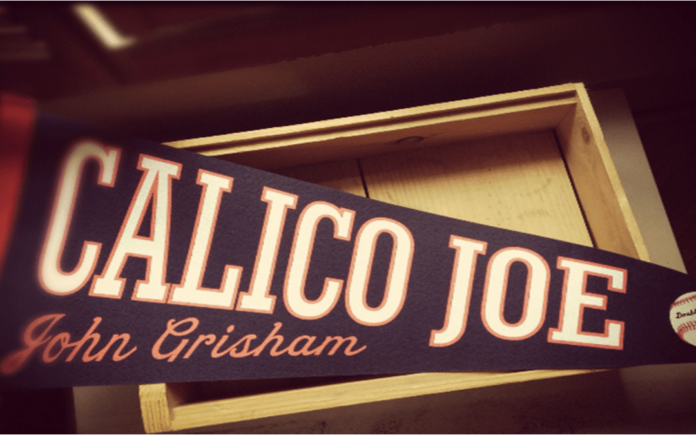 Whether George Clooney is in front of the camera, behind it, or both, it’s always interesting to see what projects he chooses to work on because he can be very selective. So when he does settle on something, it always makes a major blip on the radar. That goes double when Clooney decides on an adaptation of a John Grisham novel, like the upcoming film Calico Joe.

Clooney and producing partner Grant Heslov are developing a film based on Grisham’s 2012 book, Calico Joe. Teaming with Bob Dylan’s production label Grey Water Park Productions, Clooney is also eyeing it as his next directing gig.

Calico Joe is set in the world of Major League Baseball, and follows Joe Castle, a promising rookie who is intentionally hit by a pitch that puts him into a coma for the next 30 years. The implications of that event are seen through the lens of Joe, who had his career destroyed; the pitcher who targeted him, and the pitcher’s baseball-loving son who narrates the story.

Grisham was inspired by the true story of Ray Chapman, the only player ever killed by a thrown pitch.

Shortly after the book was published Chris Columbus set his sights on bringing it to the screen. Obviously, that never happened and now Clooney will give it a swing.

‘Ticket To Paradise’: George Clooney And Julia Roberts Together Again In Rom-Com From ‘Mamma Mia 2’ Director