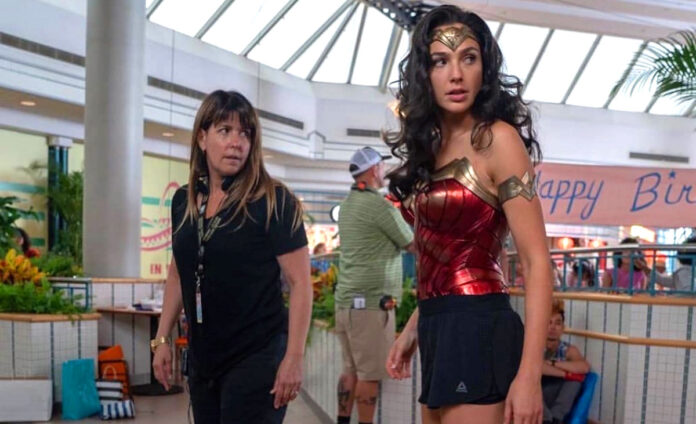 Gal Gadot and Patty Jenkins are looking to reunite on another film about a powerful female leader, and while we might think it to be Wonder Woman 3, this one is about a real-life figure who Hollywood can’t get enough of. Deadline reports Paramount has won a wild bidding war for a new Cleopatra film that will put Gadot in the role of the Egyptian empress, with Jenkins back behind the camera.

Massive deals like this are few and far between right now, so Paramount scoring a big win over Warner Bros., Universal, Netflix, and Apple means a lot. A new take on Cleopatra has been in the works for years, and you may recall the blockbuster 3D version with Angelina Jolie that has been in development (more on that later), but this is separate from that. It features a script by a woman for one thing, Laeta Kalogridis, a James Cameron associate who was a producer on Avatar, and co-wrote Terminator Genisys and Alita: Battle Angel. More apt is her work as screenwriter on Oliver Stone’s epic Alexander.

Paramount isn’t going to waste time with their new toy, either, as they’re fast-tracking the film with Kalogridis set to start the script immediately.

Cleopatra’s story is well-known and Hollywood has long been obsessed with making big-budget spectacle out of it. The most famous version was the 1963 film led by Elizabeth Taylor, which won four Oscars and never destroyed 20th Century Fox it was so expensive.

As previously-mentioned, another version has been in the works from Sony based on Stacey Schiff’s novel Cleopatra: A Life. Angelina Jolie has circled it for what seems like an eternity, while directors David Fincher, James Cameron, Paul Greengrass, and most recently Denis Villeneuve have eyed it, as well. A fresh update says that project is still alive and getting a rewrite from Eric Roth, a co-writer on A Star is Born. That, perhaps, is key because Lady Gaga might be providing Jolie competition for the lead.

What’s notable about those earlier Cleopatra films is they were all told by men, so having Jenkins, Gadot, and Kalogridis is something new entirely and I think the right way to go. If there’s going to be a footrace to see which movie is completed first, my money is on the one with Wonder Woman on its side.

Chris Pine Has Spoken With Patty Jenkins About ‘Rogue Squadron’, But Not About Joining