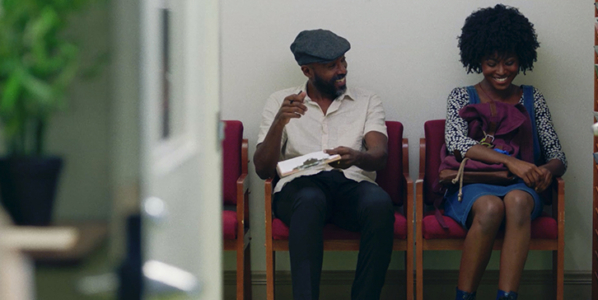 Immigrant stories were plentiful at Sundance this year, and alongside Minari there was another that left the festival an award winner. Ekwa Msangi’s Farewell Amor came away with the Producer’s Award and was picked up by IFC Films last summer with plans to release the Angolan drama this December.

The Chi and Treme‘s Ntare  Mwine stars as Walter, an Angolan immigrant who is finally reunited with his family after spending 17 years away from them in Brooklyn. They all must come to grips with the many changed that have turned them into complete strangers, while also adjusting to a new country and culture.

Farewell Amor opens in theaters and VOD on December 11th.

SYNOPSIS: After 17 years apart, Angolan immigrant Walter is joined in the U.S. by his wife and teen daughter. Now absolute strangers sharing a one bedroom Brooklyn apartment, they struggle to overcome the emotional distance between them. Walter is trying to let go of a previous relationship while his wife Esther struggles with a new country, culture and a husband who seems distant. Their daughter Sylvia is a dancer just like her father, and while she also finds her new life difficult, she bravely starts to explore the city and show herself through dance. The film is both a universal immigrant story and the unique perspective of three characters bound together by history and hope. It is an intimate and deeply personal look at an inter-generational tale that has defined America since its inception

‘The Batman’: Jayme Lawson’s Role Probably Isn’t What You Think