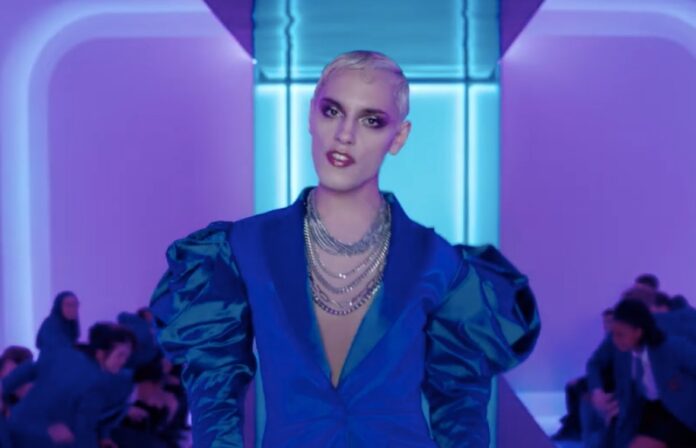 Released yesterday in conjunction with National Coming Out Day was the trailer for Everybody’s Talking About Jamie, based on the West End musical which itself drew from the documentary Jamie: Drag Queen at 16. The film version features music by Dan Gillespie Sells and Tom MacRae, who composed and did lyrics for the stage, while Jonathan Butterell makes his feature directing debut.

The film stars newcomer Max Harwood as Jamie New, a gay 16-year-old in Sheffield, England who dreams of becoming a professional drag queen, but faces prejudice and bullying at every turn. To achieve what he wants most, Jamie will have to undergo a transformative, uplifting, and hopeful journey.

SYNOPSIS: Inspired by true events, New Regency’s and Film4’s Everybody’s Talking About Jamie is the film adaptation of the hit musical. Jamie New is 16 and doesn’t quite fit in—instead of pursuing a “real” career he dreams of becoming a drag queen. Uncertain about his future, Jamie knows one thing for sure: he is going to be a sensation. Supported by his loving mom and his amazing friends, Jamie overcomes prejudice, beats the bullies and steps out of the darkness, into the spotlight.