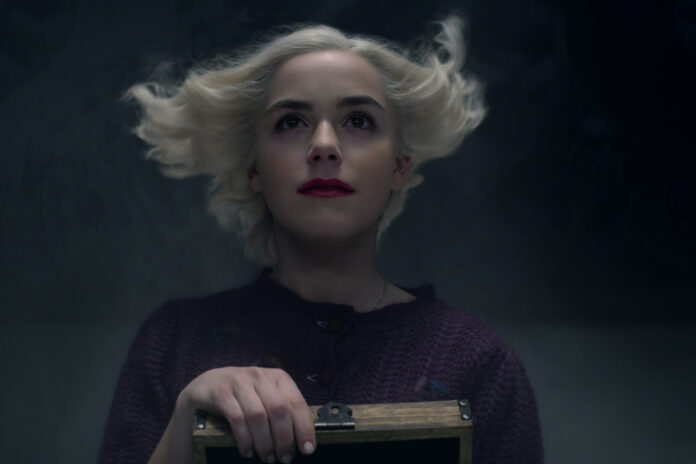 It’s going to be a spooky New Year’s Eve as Netflix has confirmed the final season of Chilling Adventures of Sabrina will drop on December 31st. *sniffle*  The series, which stars Kiernan Shipka as the Archie Comics wiccan, was canceled last summer.

In a way it makes sense. This has been an evil year, and what better way to wish it out into the cornfield than with the scariest teen drama on Netflix?  The final 8-episodes will find Sabrina pulled back into the fight to stop a great war from erupting, while also trying to juggle being Queen of Hell and an ordinary high school girl. Oh, and she should get some help from her other self, because now the present and future Sabrina are both around because this show got super weird last season, and I can’t wait to see how weird it gets in the finale!

Here’s the synopsis for chapter four…

“Over the course of Part 4’s eight episodes, The Eldritch Terrors will descend upon Greendale. The coven must fight each terrifying threat one by one (The Weird, The Returned, The Darkness, to name a few), all leading up to… The Void, which is the End of All Things. As the witches wage war, with the help of The Fright Club, Nick begins to slowly earn his way back into Sabrina’s heart, but will it be too late?”