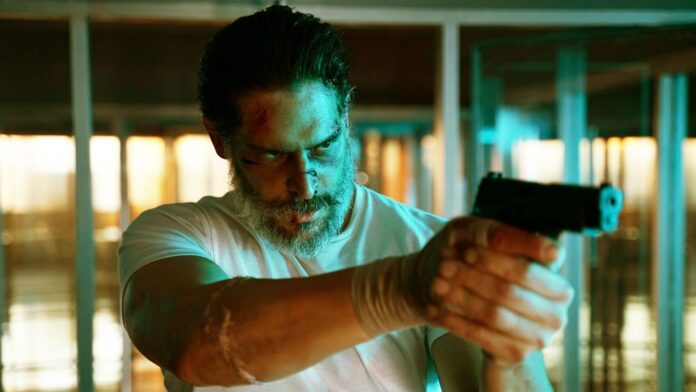 Joe Manganiello is one of those actors you just immediately believe. Whether he’s playing a werewolf in True Blood or an exotic dancer in Magic Mike, there’s something about him that he’s instantly relatable despite his unfair physique and good looks. He looks like a damn superhero come to Earth, and that makes him perfect for the new film, Archenemy, in which he plays exactly that.

The film by Daniel Isn’t Real writer/director Adam Egypt Mortimer stars Manganiello as Max Fist, who claims to be a hero from another cosmic dimension. But here on Earth he has no powers and no way to prove he’s telling the truth. How do you think he gets treated?

Can’t wait for this. Fortunately, Archenemy opens in theaters and digital on December 11th, so I won’t have to.

SYNOPSIS: Max Fist (Manganiello) claims to be a hero from another dimension who fell through time and space to Earth, where he has no powers. No one believes his stories except for a local teen named Hamster. Together, they take to the streets to wipe out the local drug syndicate and its vicious crime boss known as The Manager.