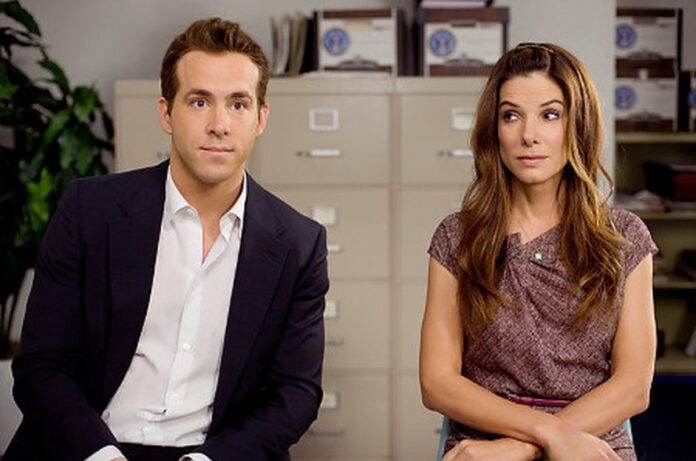 While Ryan Reynolds and Sandra Bullock may seem like an odd pairing right now, that wasn’t the case a decade ago. The duo starred in 2009’s rom-com The Proposal to the tune of $317M worldwide, which ain’t nothin’ to sneeze at then or now. Especially now. And so it’s no surprise Paramount wants them together again for Lost City of D.

Deadline reports Bullock and Reynolds are being eyed to star in Lost City of D, which is being described as similar to Romancing the Stone, so expect lots of adventure and bickering with your lovey-dovey stuff. Seth Gordon (Horrible Bosses) came up with the idea which Oren Uziel (22 Jump Street) wrote, only for Dana Fox (Isn’t It Romantic) to rewrite the latest draft.

The film will be directed by Aaron and Adam Nee, who are probably best known for the inventive Tom Sawyer/Huck Finn heist comedy Band of Robbers.

Paramount wants to get moving on this quickly but there’s a lot standing in the way. Reynolds is incredibly busy, and that could get worse if Marvel ever gets around to announcing Deadpool plans. Bullock has an Unforgiven film from Christopher McQuarrie in the works, along with other projects queued up. On top of that, the Nee Brothers are attached to that forever-delayed Master of the Universe movie. If that ever gets moving, they’ll be tied up for a while, too.