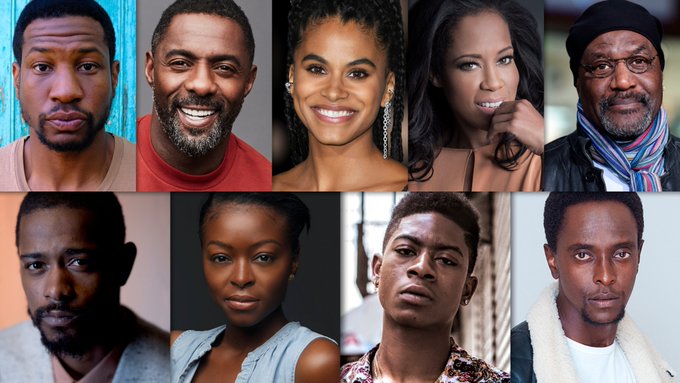 What more do you need to know about Netflix’s western The Harder they Fall other than its cast? Idris Elba, Zazie Beetz, Lakeith Stanfield, Delroy Lindo, Jonathan Majors, and Regina King are at the top of the card. Seriously. If you aren’t already excited over that, nothing is going to convince you. But here’s more, anyway.

The Harder they Fall is an all-black western flick from the writing duo of Samuel and Boaz Yakin (Remember the Titans) and debuting director Jeymes Samuel.  The story follows “outlaw Nat Love (Majors) who discovers that the man (Elba) who killed his parents two decades ago is being released from prison, he reunites with his gang to track his enemy down and seek his revenge.”

Also joining the cast are RJ Cyler (Me and Earl and the Dying Girl), Danielle Deadwyler (Watchmen), and Edi Gathegi (X-Men: First Class).

From top to bottom this sounds amazing. Majors broke out with The Last Black Man in San Francisco, and currently stars in HBO’s Lovecraft Country. He also starred alongside Lindo in Da 5 Bloods earlier this year. Lindo’s credits speak for themselves, the same goes for Elba at this point. Honestly, we can say the same thing for King, who the Oscar and Emmy winner who just dropped her directorial debut, One Night in Miami. Beetz and Stanfield are both pretty amazing in Atlanta, and of course, have built up strong careers on the big screen, too.

Jay-Z is on board as a producer, too. Damn.

There isn’t a bad word to say about any of this, other than the director is an unproven commodity. It’s been a long time since we’ve had a major black Western movie. Posse really set a high bar in 1993, and lately there has been a surge of interest in seeing more. I’m thinking specifically of last year’s Bass Reeves film, Hell On the Border.

Basically, I’m stoked for this and can’t wait to learn more. [Deadline]