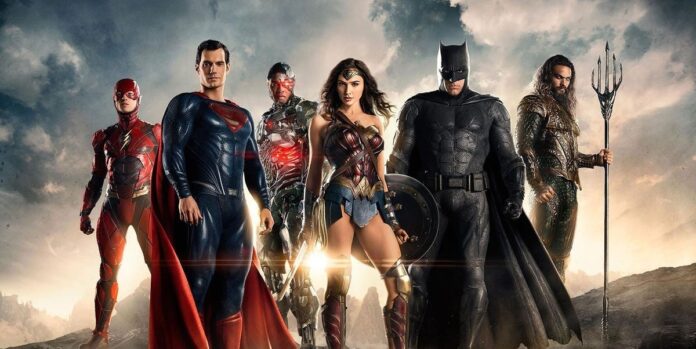 Considering Zack Snyder never got to finish his cut of Justice League  initially, it should come as no surprise that his upcoming four-episode version for HBO Max is in need of something extra. The question was always whether the original cast could be brought back to complete what needed to be done. And now, we have our answer and the band is getting back together.

Zack Snyder’s Justice League will undergo a week of reshoots that will include the return of Ben Affleck as Batman, Gal Gadot as Wonder Woman, and Henry Cavill as Superman. The Big Three, the DC Trinity…oh, and Ray Fisher as Cyborg, who is expected to have an expanded role.

But wait…isn’t Fisher in the middle of a blood feud with Warner Bros. right now? Yep, and that could be an issue. So you probably know the story by now. Fisher claimed abuses by Joss Whedon on the Justice League set, joined by producers Geoff Johns and Jon Berg. Warner Bros. launched an investigation, then claimed Fisher was being uncooperative. Fisher denied it, only to bring his co-star Jason Momoa into the picture as support.

Fisher is expected to reprise his Cyborg role in The Flash, and what was to be a much larger part has dwindled in rewrites to just three scenes. Also, contract negotiations between WB and Fisher have hit a stalemate, and given the animosity that is already there who knows how that will shake out.

Furthermore, THR hits at Fisher’s allegations by suggesting the real problem was that Whedon, Berg, and Johns were under pressure due to Snyder’s sudden departure, while the actor has sour grapes over his career not taking off as it was supposed to…

“Insiders recall to THR that the Justice League reshoots conducted by Whedon were a messy and hastily assembled affair. Snyder left the project in May 2017, ahead of a November release date. Whedon had to cram an extensive rewrite and reshoot and take over postproduction. One person present at the reshoots describes a set filled with tension and says the director was difficult with actors. But this person also says they did not witness physical or other abuse. Johns and Berg were under pressure, another insider notes, as they were trying to deliver a tentpole and knew their jobs were on the line. Whedon did jettison many of Fisher’s scenes, according to sources, and his directing style is described as the opposite of Snyder’s collaborative approach. It also is unclear if Fisher filed a complaint at the time.

For Fisher, being cast as superhero Cyborg by Snyder was supposed to be the break of a lifetime. The actor went from theatre work and one episode of television to land the character, who was first introduced in Snyder’s Batman v Superman: Dawn of Justice (2016) then showcased more predominantly in Justice League. Cyborg was also [supposed to] get his own standalone movie, which was slated for 2020. But all that was years ago. Justice League disappointed at the box office and a DC Films shake-up saw Johns and Berg let go, to be replaced Walter Hamada, an executive from Warners’ sister arm New Line.”

How the investigation plays out will almost certainly have an impact on Fisher’s future employment at WB, meaning his roles in Zack Snyder’s Justice League and The Flash are in jeopardy.

Frankly, I don’t see how Fisher can continue on with WB after all of this. Maybe he does appear in both movies but after that I think his time is up.