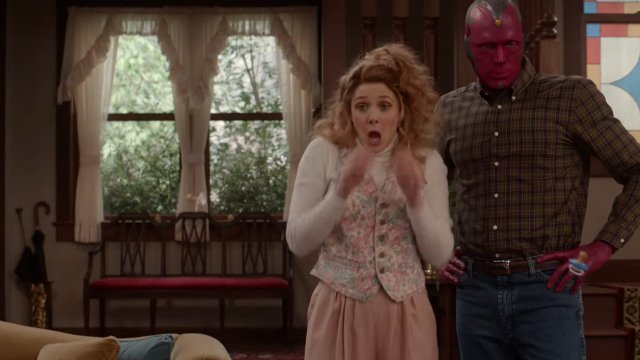 The coronavirus has really wrecked shop on Marvel Studios’ plans for this year. With so little content coming out, there was a lot riding on the release of Disney+ shows Falcon and the Winter Soldier and WandaVision. Both were met by production delays when everything shut down, however. But now, as Disney reveals their fall slate for the network, one of those series is still on the list. The other? Nowhere to be found.

In Disney’s video preview for this fall, WandaVision is right there alongside other programming such as Black Beauty, The Mandalorian, and Marvel 616. The series, which reunites Elizabeth Olsen as Scarlet Witch and Paul Bettany as Vision, was always due to arrive this December.

However, what you won’t find is Falcon and the Winter Soldier, which has clearly been disrupted more by the delays. It looks like we’ll have to wait until 2021 to see if Falcon accepts the mantle of Captain America or not.

That said, there could be another reason why the series wasn’t mentioned. If rumors are true that it will connect closely to Black Widow, which is expected to be moved to December any day now, then it might make sense to wait a while.