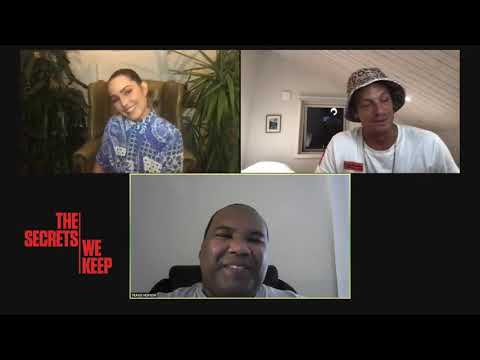 Noomi Rapace is out for revenge in the new thriller The Secrets We Keep, with Joel Kinnaman as her target. The film, which opens this week, stars Rapace as a Romanian survivor of the Holocaust who kidnaps and tortures the man she believes was one of her captors.

Playing women out for vengeance against evil men is sort of Rapace’s thing. She famously starred as the iconic vigilante Lisbeth Salander in The Girl with the Dragon Tattoo. Kinnaman has often been the one seeking justice in his roles, whether on The Killing, the Robocop remake, or in Suicide Squad. The two previously worked together on the film Child 44.

I had a chance to speak with Rapace and Kinnaman about The Secrets We Keep, and honestly, I think these two are great together. We talked about the enduring popularity of vengeance flicks, and the challenging torture scenes where Rapace has Kinnaman at her mercy.

The Secrets We Keep opens September 18th. Check out my interview with them below, and my review of the film here!