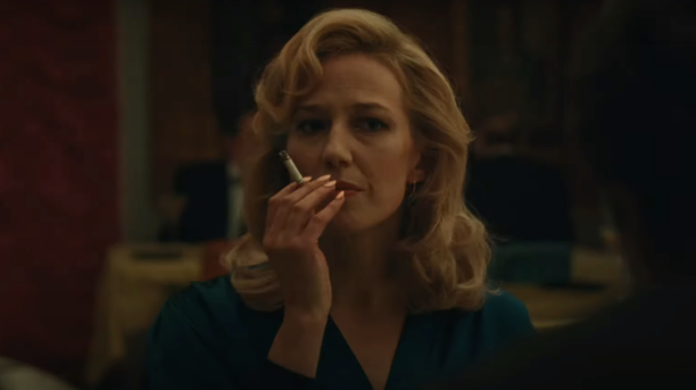 Sundance found itself home to a few returning directors who had been gone for nearly a decade. One of those was Sean Durkin, who broke out with 2011’s haunting Martha Marcy May Marlene, and then vanished from the scene when other indie filmmakers were jumping to blockbuster films. Now he returns with The Nest, which isn’t a paranoid cult film like we’ve seen from Durkin before, but a psychological thriller about the pressures of being successful.

Jude Law, Carrie Coon, Charlie Shotwell, and Oona Roche star as a family who leave a comfortable suburban life to what is potentially an upscale one in England. But maintaining a certain lifestyle comes with its own stresses that push their once-happy unit to the breaking point.

I saw this at Sundance and was absolutely floored by the level of skill on display by Durkin, and hope to see him do more stuff like this in the future.

The Nest hits theaters on September 18th and VOD on November 17th.

SYNOPSIS: Rory (Jude Law), an ambitious entrepreneur and former commodities broker, who persuades his American wife, Allison (Carrie Coon), and their children to leave the comforts of suburban America and return to his native England during the 1980s. Sensing opportunity, Rory rejoins his former firm and leases a centuries-old country manor, with grounds for Allison’s horses and plans to build a stable. Soon the promise of a lucrative new beginning starts to unravel, the couple have to face the unwelcome truths lying beneath the surface of their marriage.