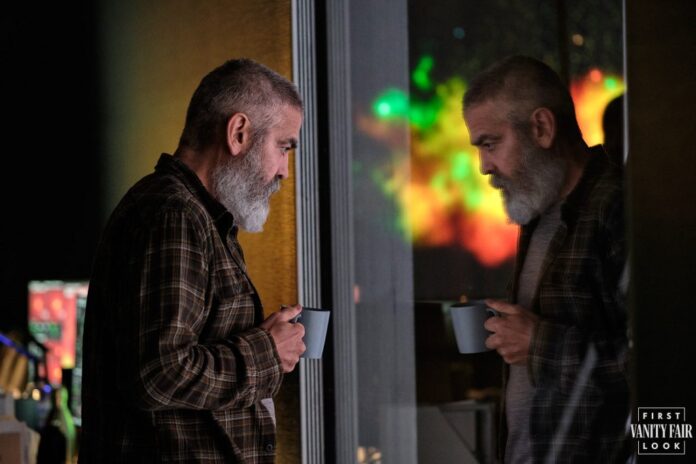 George Clooney hasn’t been spotted on the big screen since 2016’s thriller Money Monster. Remember that one? I forgot all about it. Anyway, while he did direct 2017’s Suburbicon and the Catch-22 series for Hulu, times have been pretty quiet. Later this year, Clooney returns with the sci-fi film The Midnight Sky, which finds him on both sides of the camera.

Vanity Fair has our first look at Clooney in The Midnight Sky, a film that could be considered pretty timely given recent disasters due to COVID-19 and the wildfires raging on the west coast. The film tells two separate stories, one of a team of astronauts who discover a new moon around Jupiter that is potentially habitable. The second of dying scientist, played by Clooney, at an Arctic research facility. One of the few survivors of a global catastrophe, he sets out to warn the astronauts, one of which is played by Felicity Jones, that they should just turn around.

“There wasn’t the pandemic, and we hadn’t set the whole West Coast on fire,” Clooney said. “I mean, the picture we show of Earth [in the movie] doesn’t look that much different than the satellite pictures of the West Coast right now.”

Clooney describes the film as Gravity meets The Revenant, which is setting an extraordinarily high bar.