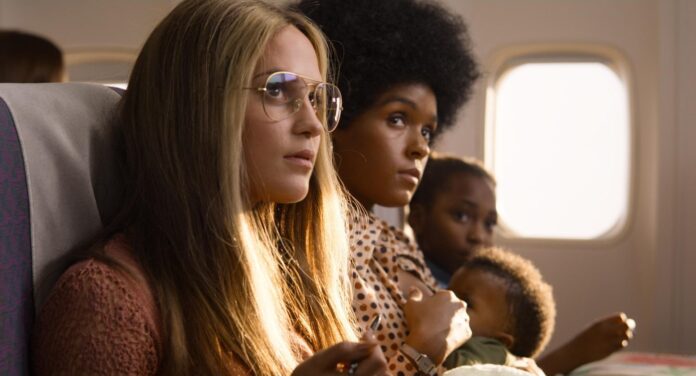 Julie Taymor’s The Glorias was among the most anticipated dramas to debut at Sundance this year. At a time of protest all around the country, the film chronicles the journey of feminist activist Gloria Steinem through many stages of her life, played by Ryan Kira Armstrong, Lulu Wilson, Alivia Vikander, and Julianne Moore. It had been set to open in theaters this fall, but due to the uncertain theatrical situation, Amazon Prime and VOD will be where this likely awards-contender can be found later this month.

Alongside the multiple actresses playing Steinem, the cast includes Bette Midler as Bella Abzug, Janelle Monáe as Dorothy Pitman Hughes, and Lorraine Toussaint as Florynce Kennedy. Well-known activists Wilma Mankiller, Dolores Huerta, Barbara Jordan, and others are also represented on the big screen. The film is based on Steinem’s influential biography, My Life On the Road.

Taymor is best known for her films Frida, Across the Universe, and her most recent film, 2014’s The Tempest. She has vibrant visual style which she employs in The Glorias, but I wished she had used more to break the confines of a traditional biopic.

The Glorias hits Amazon Prime and VOD on September 30th.

SYNOPSIS: Journalist, fighter, and feminist Gloria Steinem is an indelible icon known for her world-shaping activism, guidance of the revolutionary women’s movement, and writing that has impacted generations. In this nontraditional biopic, Julie Taymor crafts a complex tapestry of one of the most inspirational and legendary figures of modern history, based on Steinem’s own biographical book ‘My Life on the Road.’ THE GLORIAS (Julianne Moore, Alicia Vikander, Lulu Wilson, Ryan Keira Armstrong) traces Steinem’s influential journey to prominence—from her time in India as a young woman, to the founding of Ms. magazine in New York, to her role in the rise of the women’s rights movement in the 1960s, to the historic 1977 National Women’s Conference and beyond.