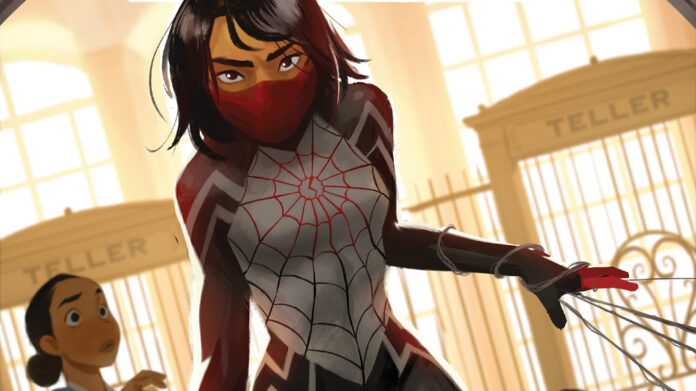 Sony is jumping in with both feet when it comes to their library of Spider-Man characters. With a franchise officially known as Sony Pictures’ Universe of Marvel Characters (quite a mouthful), they’ve already got Venom, Morbius, a Kraven movie directed by JC Chandor, a Spider-Woman film by Olivia Wilde, and more. And now one of the female-led projects we thought was headed to theaters, it turns out is actually going to be part of something larger on the small screen.

Deadline reports Sony is in talks with Amazon for a streaming series centered on the character Silk, which will be part of whole group of Spider-verse shows. Silk, aka Cindy Moon, is a Korean-American classmate of Peter Parker’s who was bitten by the same radioactive spider. She has similar powers, with the addition of organic webbing, but was unable to control them and was kept in seclusion.

The series is produced by Phil Lord and Chris Miller, architects of Spider-Man: Into the Spider-Verse, with Lauren Moon (Atypical) as writer. As I mentioned earlier, Sony has been developing a Silk project for a couple of years, but then it was presumed to be part of their movie universe.

As for how this whole deal would shake out with Amazon? This Spider-Man universe Sony is developing with them is being compared to what Marvel TV did with Netflix. Let’s hope they also find ways to integrate them better with the big screen heroes than Marvel Studios did.