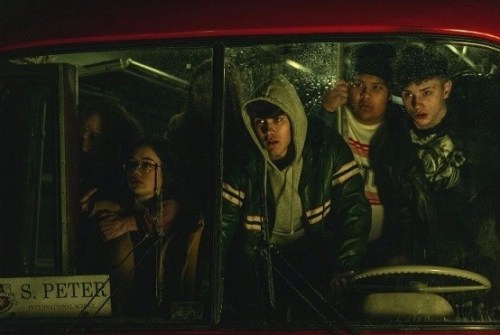 Resembling a cross between Jeepers Creepers and Attack the Block, the indie horror Shortcut hits theaters later this month. Directed by Italian filmmaker Alessio Liguori (Report 51), the film follows a group of kids trapped on a schoolbus that is being terrorized by a mysterious creature. The cast is led by Jack Kane, Andrei Claude, Zak Sutcliffe, Zander Emlano, and David Keyes, actors who will be unfamiliar to most here in the States. But then, this could be the kind of movie that births a new star.

SYNOPSIS: Shortcut follows a group of five classmates trapped inside their school bus after a mysterious creature invades the road. Every passing minute decreases their survival chances against the constant threats of that unknown entity.