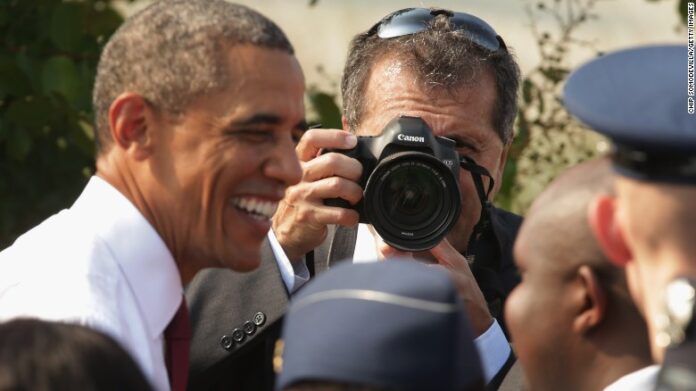 The Chief Official White House Photographer is an interesting job. Though it is technically a government position in the executive branch, your job is to document to the President for historical context for generations to come. In doing so it reveals a more human side to the leader of the free world and the very grave and difficult decisions they have to make. The photographer shouldn’t be biased and should literally be a fly on the wall. Pete Souza was that fly for eight years during the Obama administration and towards the end of the Reagan administration. In the new documentary The Way I See It, from John Lewis: Good Trouble documentarian Dawn Porter, Souza’s journey from photographer to outspoken resister is captured with powerful and nostalgic vibrato.

The documentary covers a lot of ground. Starting with discovering his love of photography in college, to his early journalism days, to his first time as White House photographer, most of the doc focuses on the profound power being Obama’s official photographer had on Souza. Filled with untold stories about the 44th president, from his push for Souza to get married, to the what the president’s day was like when gay marriage was legalized in 2015, to attending his daughter’s dance rehearsal in the wake of the Sandy Hook school shooting, the doc drives home the importance of the humility needed to run the United States of America. The Obamas never actually appear in the film, but their presence feels like a warm hug during this politically trying time.

A large portion of the film’s final act is dedicated to Souza speaking out against Trump. Using his own photography and his twitter account, Souza compared the two precedencies and called out racism and the unprofessional nature of this administration in an indirect way, what the kids would call “throwing shade”. However, because the whole documentary is focused on one particular subject and not multiple White House photographers and therefore multiple presidencies, it does feel a bit partisan.  Smartly, when it breaks down the characteristics of a good president, it actually uses Souza’s time with President Ronald Reagan as an example. Giving the doc some conservative credibility, its use of the quintessential Republican president early on in its 90-minute runtime makes The Way I See It feel more like a character study than a partisan bashing of the current administration. Granted, that bashing would absolutely be deserved, but the documentary kind of glosses over why Souza’s anger is valid, failing to provide specific examples of why Trump sucks. This is best exemplified by the fact that Trump’s name is said as little as possible. If you want to call him out, call him out for the egregious decisions he makes. It will have a more powerful effect than just stepping around him.

Did this documentary need to be made? Did it expose something about our current administration? No, it really didn’t, but it’s well-made and many people really will identify with Souza politically. Trump’s extremism has caused many people who hadn’t spoken up politically previously to do so. His story, though from a place of power, completely captures the transition America made from 2016 to 2020, from complacency to speaking up out of necessity. Though The Way I See It struggles to land an even tone, it’s really a film about a talented photographer defending his friend and ultimately defending our core American values.

You can see The Way I See It in theaters now. It will premiere on MSNBC on October 9th. Watch the trailer below.