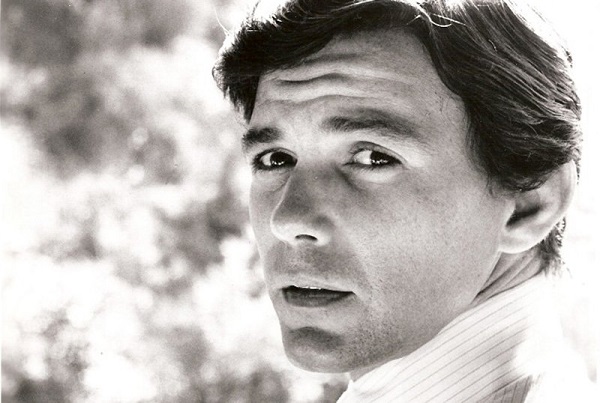 When you think of the Manson Family murders, most of the attention is actually on Charles Manson himself and his cult. While the heinous murders committed killed 6 people, the only victims mentioned in the killings was Hollywood actress Sharon Tate. Newspaper headlines often mentioned Tate’s death and “others.” Now how would you feel if a member of your family was killed, but deemed as “other?” Like they were less important than anyone else? It’s almost as if the other people were deemed not as important. This caused filmmaker Anthony DiMaria and nephew of victim Jay Sebring to change the narrative of the heinous murders, and let the world know who his uncle was, and just how impactful he was in not only Hollywood, but America as a whole in Jay Sebring….Cutting to the Truth.

Just who was Jay Sebring? And what exactly did he do? Jay Sebring….Cutting to the Truth takes its time exploring Sebring’s humble beginnings from middle-class Michigan and moving to Los Angeles with a dream of becoming a hairstylist, something that was unheard of at the time. During that period in Hollywood, the idea of a “hairstylist” for men was unheard of. Most men just had a simple haircut as the standard for what constituted as “handsome.” After graduating from beauty school, Sebring set out to develop a new way to style men’s hair that literally changed the way Hollywood defined men’s hair for decades afterward, to this day. He would incorporate shampooing, using scissors, and even blow-drying. Soon enough, he made a name for himself and many leading men in Hollywood (Frank Sinatra, Sammy Davis Jr, Kirk Douglas, Steve McQueen, Jim Morrison, and countless others) started to use him as their personal barber/stylist as he launched Sebring International.

Because of this, he made a name for himself in Hollywood. Personal friends included Dennis Hopper, Quincy Jones, Charles Champlin, Vic Damone, Nancy Sinatra, Anthony DiMaria, and his employees are interviewed to discuss their interactions with him as well as his impact on Hollywood in general. He even helped Bruce Lee become a big star in Hollywood is just the tip of the iceberg for his impact on the industry. Some of these high-profile relationships also included Bonnie Lee Marple and of course, Sharon Tate. His relationship with Tate is important not only because the two were genuinely in love and had a great relationship before he married to Roman Polanski, but also because he and she were killed by the Manson Family along with Abigail Folger, Wojciech Frykowski, Steven Parent, and Tate’s unborn child Paul Richard Polanski.

Jay Sebring….Cutting to the Truth is broken into 3 distinctive parts. The first serves as a standard biographical documentary, showing Sebring middle-class beginnings, his stint in the Navy (and honest accounts of him not being the model soldier), and his time in Hollywood. The second part of the documentary does dig into the Manson Family murders and not only its impact on the industry at large, but his death and how it impacted those close to him, once again reminding you that he was a living, breathing person and not an “other.”

The final part of Jay Sebring….Cutting to the Truth is the most captivating is director DiMaria’s indictment of the media in the aftermath of the murders. The Manson Family murders were a strong example of sensational journalism as so many stories (from reputable publications like Time and Life Magazine) pretty much made up stories of drug use, Sebring’s sex life, and even insinuating that he was a racist, something Quincy Jones was vividly upset about. Sebring wasn’t a racist sex deviant as the media depicted, he died literally trying to fight off the murders (something the media never reported on). Even before the Manson Family became almost pop culture celebrities, the media dragged the victims’ names through the mud with little to no evidence about them personally, which angered all interviewed in Jay Sebring….Cutting to the Truth. Then, when the Manson Family became the face of the murders and became pop culture icons instead of the disastrous monsters that they really were. DiMaria showcases clips from many films and television shows that were either inspired by or direct adaptations of the Manson Family murders case to further show his anger at the media (and pop culture at large) for their sensationalism of his uncle’s murder. The media’s more obsessed with Manson, but not his victims, which is the sad and unfortunate truth.

Jay Sebring….Cutting to the Truth is incredibly personal for DiMaria and you can almost feel his emotion through the voiceovers as well as the interviewees. Quentin Tarantino also provides a small cameo were he discusses his most recent film Once Upon a Time in Hollywood and his decision to give multi-dimensional portrayals of the Manson family victims. DiMaria is successful in Cutting to the Truth in his attempt to give a human face to someone who has long been denied not only his place in Hollywood history (he started a billion-dollar industry), but also his place as a human being.

Jay Sebring….Cutting to the Truth is currently streaming on VOD.

Jay Sebring….Cutting to the Truth
1 of 9