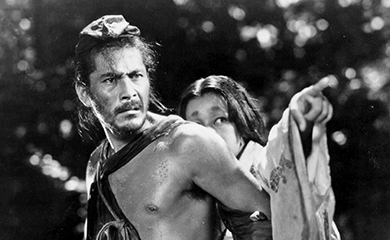 Remember the TV series version of Akira Kurosawa’s classic Rashomon we first learned about in 2018? While you may have hoped it went away quietly, it didn’t as the show now has a home at HBO Max and a pair of writers. Sorry, bub.

According to THR, the Rashomon TV series has been ordered by HBO Max who are teaming up with Amblin Television. The show also has found its writers in Billy Ray (Shattered Glass, The Comey Rule) and Virgil Williams (Mudbound). Pretty hard to complain about those choices.

The structure of Kurosawa’s film will remain in place, as the series “will center on a grisly sexual assault and murder and the unraveling mystery as seen through multiple characters’ competing narratives. It will explore themes of the truth and subjective point of view in a modern setting. Each episode will detail the perceived truth of an individual character — putting each at the center of the story and telling the events surrounding the murder from their point of view.”

Given the contemporary setting, the samurai aspect probably will be excluded. It’ll be interesting to see what the writers use to replace the samurai code of honor which was such a prevalent part of the original story.

Of course, there aren’t many who would want a Rashomon redo of any kind, but this should be different enough to stand apart on its own.

‘A Higher Loyalty’ Miniseries In The Works With Brendan Gleeson As Donald Trump, Jeff Daniels As James Comey