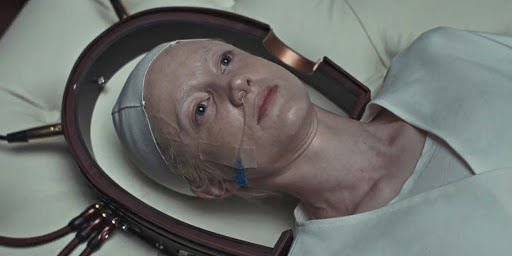 To become an assassin, the killer must do more than simply murder the target. They must also learn to think like their victim, to be able to predict their every move, to better assure a successful assignment. In Brandon Cronenberg’s mind-bending sci-fi film Possessor, that idea gets taken to a disturbing, feverish new level.

Andrea Riseborough stars in Possessor as corporate assassin, Tasya Vos, who has mastered technology allowing her to possess another’s body to use for committing her murders. Of course, this all turns into a shit show eventually, and Tasya finds herself trapped inside someone with no means of escape. In the world of espionage, it’s already hard to maintain one’s sense of self. How long before Tasya’s mind cracks like an egg?

Cronenberg first made a splash at Sundance eight years ago with Antiviral, and at least for me, the long wait was more than worth it.

‘Luxor’ Trailer: Andrea Riseborough Reconnects With A Past Love In The Egyptian City