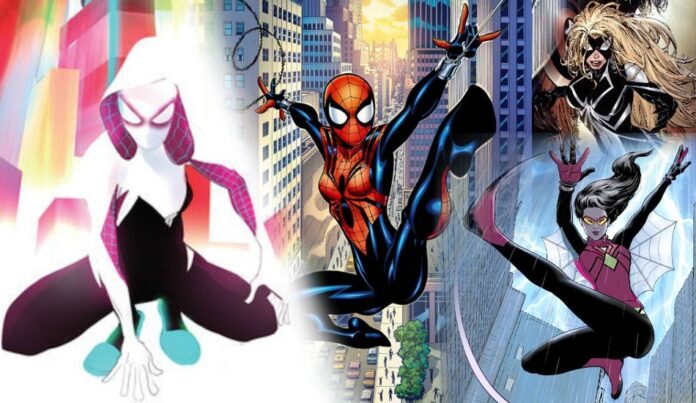 I used to crack jokes about the ubiquitous nature of Olivia Wilde, back when she was legit starring in five or six movies a year. She was everywhere. You couldn’t miss her, and yet somehow there was never a saturation point. Now, her acting career has slowed down and the attentions have turned to directing, and following her critical favorite Booksmart, Wilde is taking on her first superhero movie with what many expect to be Spider-Woman. And that means answering a lot of questions about it, by providing answers that don’t upset the boss.

While on the Shut Up Evan podcast, Wilde was asked about her upcoming Sony/Marvel film. Like I said, it’s widely expected to be Spider-Woman but there’s so much secrecy it makes you wonder if that is a diversion. Anyway, Wilde talked about being a female filmmaker in the superhero movie genre, while also trying not to ruffle the feathers of Marvel chief Kevin Feige…

“We are seeing this incredible influx of female directors and storytellers getting to take hold of this genre, of this superhero space, and infuse it with their own perspective,” Wilde said. “So not only do I get to tell this story as a director, but I get to develop this story and that’s was what made it so exciting.”

Wilde continued, “All I can say is that is by far the most exciting thing that’s ever happened to me. Not only do I feel like I get to tell a story that…God, it’s like listen to me trying to avoid Kevin Feige’s pellet gun.”

So here’s the interesting thing about that; Feige isn’t directly involved with Sony’s Spider-Man movies. That she brings his name up suggests he is working on her film in some capacity. Feige, who managed to secure work out a deal with Sony so Spider-Man could be in the MCU, does communicate with them about their superhero stuff so maybe that’s what Wilde is referring to.

Wilde better get used to this. She’s not going to be able to do ANY interviews without being asked about her Marvel gig. Maybe some firm details will slip out along the way.