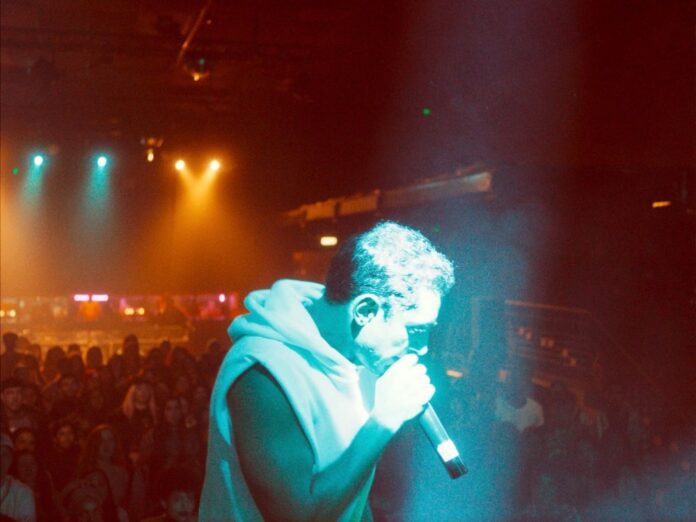 Here in the U.S., we think of Riz Ahmed as one of our best actors, but really, that’s all we think of him as. But across the pond, Ahmed’s profile is considerably more diverse, as he’s known just as much for his rap career as his acting. We’re seeing him put his musical gifts on the big screen in two vastly different movies right now. One is Sound of Metal, in which he plays a heavy metal drummer. The other is one you might not have heard of, Mogul Mowgli, a role Ahmed seems to have been born to play.

Directed by Bassam Tariq, making his feature debut after the powerful doc These Birds Walk made a splash at Sundance in 2013, Mogul Mowgli is about a British-Pakistani rapper named Zed who gets sick just before his big world tour. The film also stars Alyy Khan, Sudha Bhuchar, Aiysha Hart, and Nabhaan Rizwan.

Not only does Ahmed star in the project, but he co-wrote the script with Tariq. The two began developing the film while Ahmed was in New York shooting HBO’s The Night Of, and found they clicked in wanting to tell this uniquely British-Asian experience.

Ahmed told BFI in March, “We chatted for years. We were thinking about similar things: family, art, identity, legacy, inheritance, the whole beautiful mess of being alive in our bodies on this creative journey – separated from family, separated from self but trying to move towards something that you think is going to make you whole, but actually the thing you’re looking for is waiting for you at home.”

Mogul Mowgli debuted earlier this year in Berlin, then will open in the U.K. next month. No U.S. date has been set but I’m guessing that will change soon.

‘Sound Of Metal’ Trailer: Riz Ahmed Rocks Out As A Metal Drummer Who Is Going Deaf