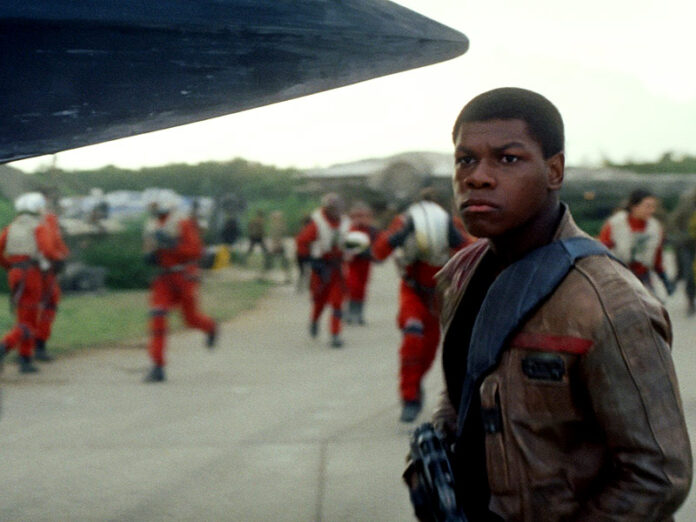 When the most recent Star Wars trilogy wrapped, it wasn’t met with the celebration we would expect for such a moment. Instead, fans were mostly left cold by it. And that’s nothing compared to the actors themselves, who seemed as if they couldn’t wait to leave it all behind. For much of the cast it had to do with the toxicity of fans on social media, but for John Boyega the issues go deeper than that.

Boyega has been extremely vocal of late in discussing the Black Lives Matter movement, and he isn’t letting up when it comes to Star Wars, either. Speaking with GQ, Boyega makes it clear that his experience on the films was different than others, and it had to do with race. Basically, when he was introduced as Finn in The Force Awakens, he was clearly set up to be a centerpiece of the trilogy. Subsequent films pushed Finn and other characters of color, including Kelly Marie Tran’s Rose Tico and Oscar Isaac’s Poe Dameron, to the side in favor of white characters played by Daisy Ridley and Adam Driver.

Boyega said, “You get yourself involved in projects and you’re not necessarily going to like everything. [But] what I would say to Disney is do not bring out a black character, market them to be much more important in the franchise than they are and then have them pushed to the side. It’s not good. I’ll say it straight up.”

He continued, “Like, you guys knew what to do with Daisy Ridley, you knew what to do with Adam Driver,” he says. “You knew what to do with these other people, but when it came to Kelly Marie Tran, when it came to John Boyega, you know fuck all. So what do you want me to say? What they want you to say is, ‘I enjoyed being a part of it. It was a great experience…’ Nah, nah, nah. I’ll take that deal when it’s a great experience. They gave all the nuance to Adam Driver, all the nuance to Daisy Ridley. Let’s be honest. Daisy knows this. Adam knows this. Everybody knows. I’m not exposing anything.”

Boyega has made it known in the past his issues with Rian Johnson’s The Last Jedi, which introduced the relationship between Finn and Rose. However, he has praise for JJ Abrams, who he says did a “salvage” job with The Rise of Skywalker, clearly taking a jab at Johnson.

The real source of Boyega’s anger, though, is reserved for the toxic fandom that singled him out for playing a black character of prominence within the Star Wars universe…

“I’m the only cast member who had their own unique experience of that franchise based on their race. Let’s just leave it like that. It makes you angry with a process like that. It makes you much more militant; it changes you. Because you realize, ‘I got given this opportunity but I’m in an industry that wasn’t even ready for me.’”

Boyega added, “Nobody else in the cast had people saying they were going to boycott the movie because [they were in it]. Nobody else had the uproar and death threats sent to their Instagram DMs and social media, saying, ‘Black this and Black that and you shouldn’t be a Stormtrooper.’ Nobody else had that experience. But yet people are surprised that I’m this way. That’s my frustration.”

So, interviewers? You can probably stow all of your questions to Boyega about returning to Star Wars. That seems highly unlikely at this point, and is probably for the best, anyway.