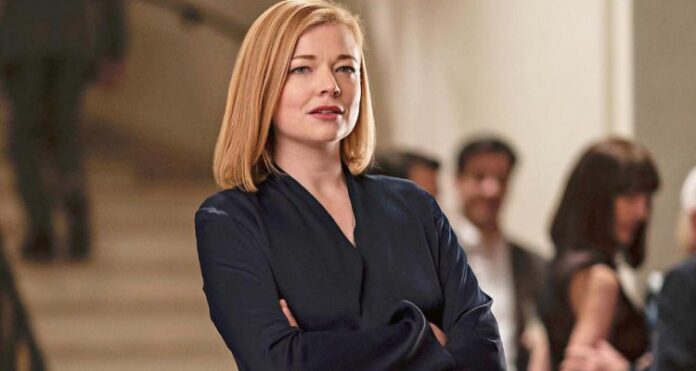 Jane Austen adaptations will never go away, and there’s a very good reason. People still enjoy them, and filmmakers are finding new ways to keep them fresh, like with this year’s Emma. starring Anya Taylor-Joy. And now another is on the way based on Austen’s final completed novel, Persuasion, and it will star Sarah Snook of HBO’s hit series, Succession.

THR reports Snook will star in Persuasion, taking on the role of Anne Elliot, “a young Englishwoman of 27 years, whose family is moving to lower their expenses and get out of debt, at the same time as the wars come to an end, putting sailors on shore. They rent their home to an Admiral and his wife. The wife’s brother, Navy Captain Frederick Wentworth, had been engaged to Anne in 1806, and now they meet again, both single and unattached, after no contact in more than seven years. This sets the scene for many humorous encounters as well as a second, well-considered chance at love and marriage for Anne Elliot in her second ‘bloom.’” The novel was published in late 1817, six months after Austen’s death.

Behind the camera is Mahalia Belo, who burst onto the scene in 2012 with her award-winning short, Volume. She’ll be working from a script by Jessica Swale, who directed the Gemma Arterton drama Summerland earlier this year.

Snook first impressed me in the underrated sci-fi film Predestination, and afterwards I kept expecting her to be the next big thing. That didn’t really materialize, but she has really come into her own on Succession and receiving the accolades I’m sure she deserves. One of these days I’ll catch up with that show.