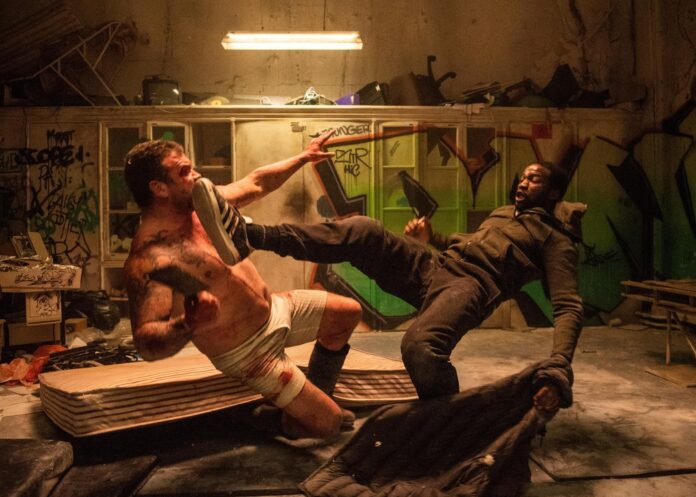 Oh yeah. AMC+.  That’s another streaming service we need to start paying attention to right away. Not because the channel is dumping another The Walking Dead series onto it (yet), but because it’s now the exclusive home to Gareth Evans’ Gangs of London. Sign me the fuck up.

Evans, the best action filmmaker on the planet with The Raid and its awesome sequel, veered into crime series territory earlier this year with Gangs of London. But if you didn’t have access to Sky Atlantic then all you could do was drool with jealousy at those who did. After original plans for it to air on Cinemax fell through, the series finds itself on AMC’s streaming network which, I’ll admit, I forgot was a thing.

Evans co-created Gangs of London with Matt Flannery, directing two of the episodes himself with the others by Xavier Gens and Corin Hardy. It follows the power vacuum left behind after the murder of a powerful London crime boss, and while that may sound pretty basic you know Evans is going to crank up a few notches on the violence meter.