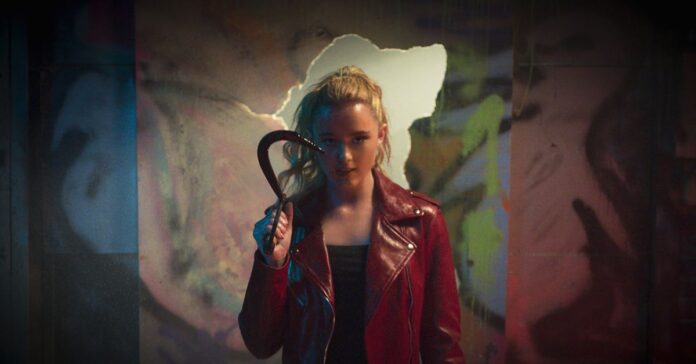 It’s only Thursday, but there’s a Freaky Friday thing going on with Blumhouse’s body-swapping horror-comedy, Freaky. Instead of a mother and daughter switching bodies for a day and working together so as not to ruin one another’s lives, we have a young high school girl who gets uncomfortably close with a serial killer played by Vince Vaughn.

Freaky stars Kathryn Newton as Millie, a high schooler who finds that getting out of homework is the least of her problems. When a serial killer known as The Butcher (Vaughn) tries to murder her, mystical forces cause them to swap bodies. Now she looks like a towering middle-aged man with the cops on his trail, while the killer is a teenage girl with homicidal urges.

Behind the camera is Christopher Landon, who not only directed a bunch of Paranormal Activity flicks, but also both Happy Death Day movies. So this guy knows how to make horror that’s funny, and I can’t wait to see this one when it hits theaters on November 13th.