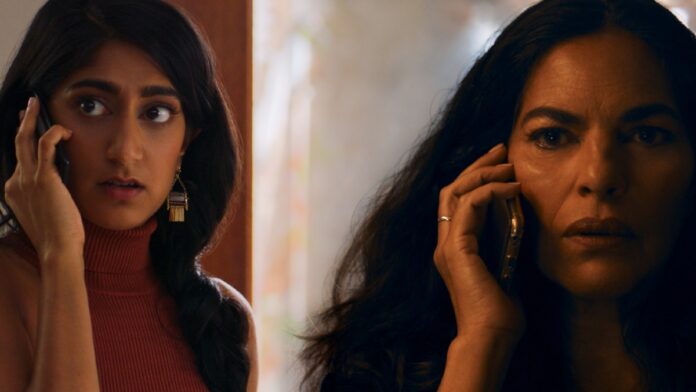 Four trailers, four features, all in one place. Blumhouse is going to own the month of October with their upcoming series, Welcome to the Blumhouse, which will have a diverse group of filmmakers and a wide array of stars haunting the scariest time of the year.

There are eight features in total, four of which will debut on Amazon Prime during the mont of October. Arriving on October 6th are Black Box, a sci-fi horror starring Phylicia Rashad and Mamoudou Athie; and The Lie from The Killing creator Veena Sud with a cast led by Joey King, Mirielle Enos, and Peter Peter Sarsgaard.

I’m curious to see if the other four films, which arrive in 2021, will put a similar focus on people of color and women filmmakers. Let’s hope.

Attend The Virtual World Premieres Of Welcome To The Blumhouse: ‘Black Box’ & ‘The Lie’!