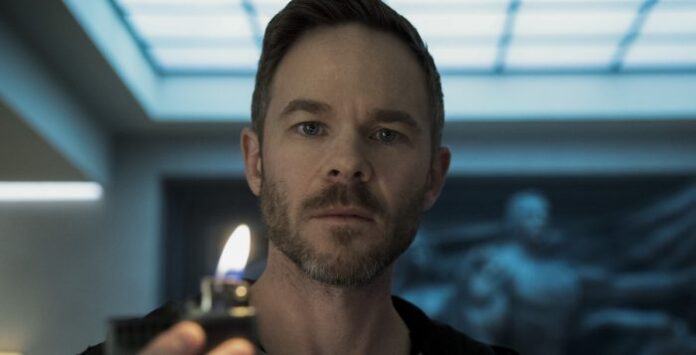 The Boys is adding another deranged superhero for season two, and he’ll be played by someone who is quite familiar with superheroes: X-Men actor Shawn Ashmore.

EW reports, and has shared the first look at Ashmore in the role of Lamplighter. The character was mentioned in the prior season as being an original member of The Seven, retiring under “mysterious circumstances”. Because of his exit, the team recruited the wholesome Starlight (Erin Moriarty) to take his place.

As in the comics, Lamplighter used his power of pyrokinesis to murder Mallory’s grandchildren. He was given up by the team to prevent an all-out-war with the CIA. So his connection to Billy the Butcher and his team runs pretty deep.

Ashmore was a key figure in the X-Men movie franchise for a while, playing the role of Bobby “Iceman” Drake in four movies, most recently in X-Men: Days of Future Past.

Showrunner Eric Kripke says about Ashmore’s casting, “We were thrilled that Shawn — who is, let’s be honest, an OG superhero — wanted to play the crucial part of Lamplighter. He brings so much depth, menace, and world weary humanity to this former member of the Seven. And Shawn is a really good guy. We’re grateful to have him join our bloody little family.”

The Boys returns to Amazon Prime on September 4th with three episodes, new ones releasing each Friday.