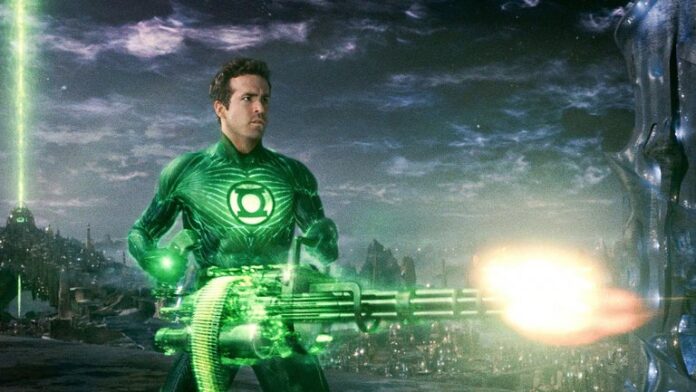 Deadpool star Ryan Reynolds has no shortage of jokes for previous failed superhero efforts: X-Men Origins Wolverine and Green Lantern. He’s back and trashing the latter once again in a hilarious short video of his “Reynolds Cut”, which is obviously a dig at the infamous Snyder Cut.

So what’s in the Reynolds Cut of 2011’s Green Lantern? Well, not a lot of Reynolds, for one thing! It begins with the Deadpool 2 post-credits scene where he’s shot in the head after reading the awful script, then jumps into footage of the film that mostly leaves him out. The most explicit shot of GL instead has Tom Cruise’s face imposed on it (LOL), and then he meets the Justice League before flying away.

It’s pretty ridiculous and worth a good laugh, so check it out.

Here’s the secret Reynolds Cut of GL you all haven’t been waiting for. In order to make it as great as possible we made some judicious cuts. pic.twitter.com/B2tUelctr8