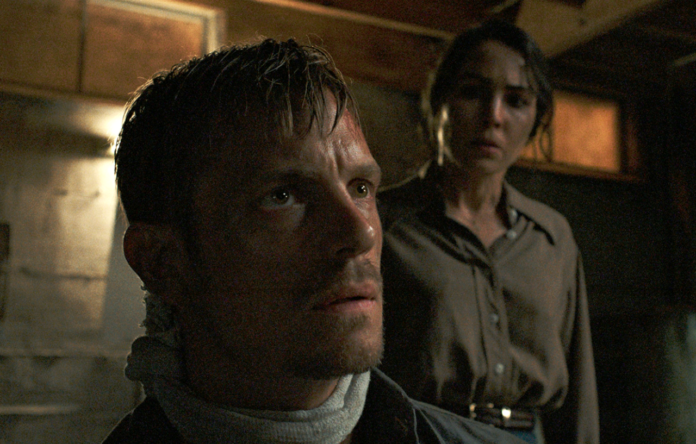 Nazis. They sucked before and during WWII, and the modern ones who carry on their legacy are pretty awful, too. Fortunately, we can take some pleasure in the sub-genre of films in which they get their comeuppance, often with extreme prejudice. Now you can add The Secrets We Keep to that list.

Noomi Rapace and Joel Kinnaman, who I think we should remind ourselves are both Swedish and longtime friends, star in the film about a Holocaust survivor looking to put the past behind her. And she might have, if she didn’t run into the man responsible for her trauma, setting her on a path of vengeance.

Also in the cast are Chris Messina, back to normal after playing a homicidal wacko in Birds of Prey, and Kinnaman’s The Killing co-star Amy Seimetz. The film is directed and co-written by Yuval Adler (The Operative), joined by co-writer Ryan Covington.

SYNOPSIS: In post-WWII America, a woman (Noomi Rapace), rebuilding her life in the suburbs with her husband (Chris Messina), kidnaps her neighbor (Joel Kinnaman) and seeks vengeance for the heinous war crimes she believes he committed against her.

The Secrets We Keep hits select theaters on September 16th and VOD on October 16th.