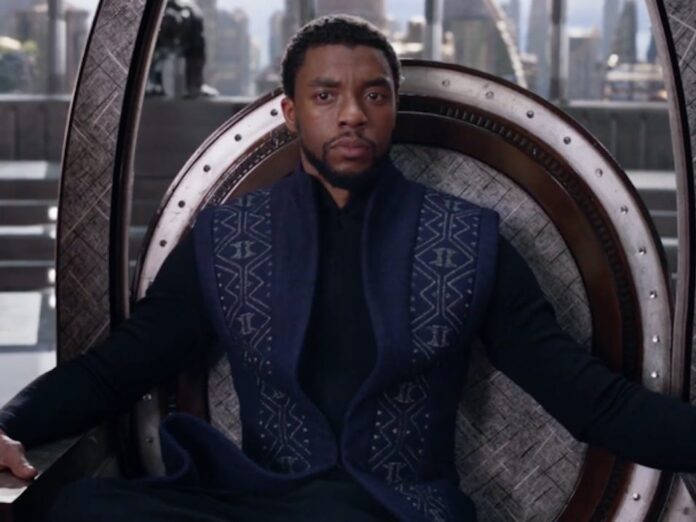 In shocking, devastating news, Black Panther actor Chadwick Boseman has died at the age of 43 from cancer.  In recent months, fans had expressed concern about his health, noting his frail physical form in his occasional public appearances, but doubtful anybody expected his situation was so dire.

According to his family, Boseman had been diagnosed with colon cancer four years ago but did not speak about it publicly.

Boseman’s most notable role will be as T’Challa in the Marvel Cinematic Universe films Captain America: Civil War, Black Panther, and the latter Avengers sequels. But he broke out long before that by playing iconic figures in black history, such as Floyd Little, Jackie Robinson, and James Brown. He recently played Supreme Court Justice Thurgood Marshall in a well-received biopic, and starred in Spike Lee’s Da 5 Bloods earlier this year.

I had a chance to interview Chadwick Boseman for the film 42, and found him to be extremely humble and kind. It was at that time we had a brief conversation about him playing Black Panther someday, and that ended up coming true. It was always my hope to talk with him again about that, and I’m saddened it’ll never happen.

Obviously, this leaves a gigantic hole to fill in cinema, but that’s secondary to the loss of the man himself. Below is a statement released by the family about his passing.  We send our condolences to the Boseman family for their loss.

“A true fighter, Chadwick persevered through it all, and brought you many of the films you have come to love so much. From Marshall to Da 5 Bloods, August Wilson’s Ma Rainey’s Black Bottom and several more- all were filmed during and between countless surgeries and chemotherapy. It was the honor of his career to bring King T’Challa to life in Black Panther.”