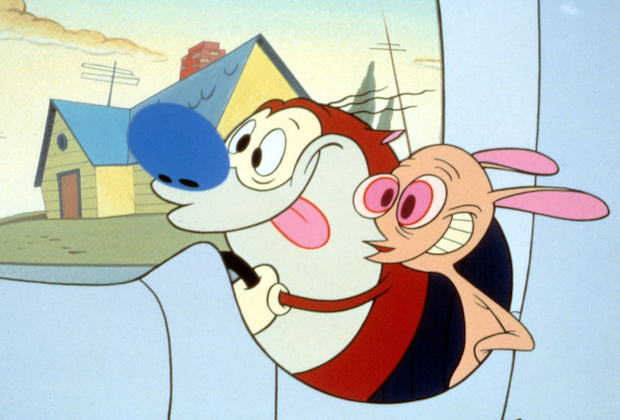 Fresh off the news Comedy Central is reviving Beavis and Butt-head, as well as the upcoming release of documentary Happy Happy Joy Joy, a new Ren and Stimpy show is in the works that’ll drag us further back into the ’90s.

The Ren and Stimpy Show is being reimagined for Comedy Central, which would be exciting if it included John Kricfalusi, the original creator and the series’ chief comedic voice during its glory days. But Kricfalusi was always more trouble than he was worth, and was fired only a year after the show’s Nickelodeon debut in 1991.  He’s since been accused of sexual assault, so the idea of bringing him back is about as off-the-table as it gets.

There aren’t any creative details, but whoever is involved will be part of Comedy Central’s renewed interest in nostalgic adult-skewing animation. Not only are they bringing back Beavis and Butt-head, but they have a Daria spinoff and a reboot of Clone High from Phil Lord and Chris Miller.

Ren and Stimpy was part of Nickelodeon’s break from being a network solely for kiddie programming. It was bizarre, subversive, and way too mature for children, even if the style of animated seemed geared specifically for them. That led to a lot of conflicts between Kricfalusi and the network execs.

I’m not sure Ren and Stimpy can work outside that one lightning-in-a-bottle moment it had. When Kricfalusi was fired, the show continued on without him and it sucked. Then, when Kricfalusi returned to the show for a more adult version, 2003’s Adult Party Cartoon, it soon became clear that giving him full creative control wasn’t a good idea, either.

We’ll see how this attempt by Comedy Central goes. For now, you should check out Happy Happy Joy Joy when it opens next week.